This is a copy of an article with the same name taken The Lancet, Vol 5, July 2017. Wikipedia says of The Lancet:

The most noteworthy excerpt:

However, while disposable paper facemasks offer little protection, cloth masks may be worse than not wearing a mask at all. “We did a big trial comparing cloth masks with surgical masks in Vietnam”, said Dr Raina MacIntyre, Prof of Infectious Disease Epidemiology at the University of New South Wales, Sydney, Australia. “In countries like Vietnam and China, health-care workers often have to pay for their own PPE, and they use cloth masks because it’s a lot cheaper for them than even the disposable surgical masks. That study showed that your risk of infection actually increases if you use a cloth mask, which is quite concerning. We don’t know the reason exactly. It could be because people aren’t washing them enough, because of the properties of the cloth, pathogens may accumulate in the cloth.”

The Lancet on Thursday retracted a study that raised safety fears over the use of a drug favored by President Donald Trump to treat COVID-19, after the paper's authors said they could no longer vouch for its underlying data.

Facemasks have become an iconic image of east Asia in the popular media: streets full of pedestrians wearing cloth masks over their mouths signal Tokyo, Beijing, or Seoul as much as yellow cabs and double-decker buses let us know we’re in New York or London. But recently, facemasks are being seen beyond clichéd images of Asia, hospitals, and industrial facilities, to protests and everyday street corners around the USA and Europe. Several companies are offering a fashion-forward take on personal protective equipment (PPE). But the question remains—do these kinds of facemasks provide actual protection against inhaled toxins and irritants?

Traditional facemasks can be made of paper or cloth (originally cotton gauze), and they provide a physical barrier between the mouth and nose and the outside environment. These include the traditional surgical masks associated with doctors and dentists, which are made of paper or other non-woven materials. They can protect the wearer from potentially harmful substances (eg, blood spray); however, they do not provide protection from airborne particles or pathogens. These traditional facemasks are often used in Asian countries because they are cheap, and are either disposable or can be washed. In Japan alone, US$230 million is spent annually on surgical facemasks. However, while disposable paper facemasks offer little protection, cloth masks may be worse than not wearing a mask at all. “We did a big trial comparing cloth masks with surgical masks in Vietnam”, said Dr Raina MacIntyre, Prof of Infectious Disease Epidemiology at the University of New South Wales, Sydney, Australia. “In countries like Vietnam and China, health-care workers often have to pay for their own PPE, and they use cloth masks because it’s a lot cheaper for them than even the disposable surgical masks. That study showed that your risk of infection actually increases if you use a cloth mask, which is quite concerning. We don’t know the reason exactly.  It could be because people aren’t washing them enough, because of the properties of the cloth, pathogens may accumulate in the cloth.”

Surgical masks and cloth masks do not offer protection from inhaling particles or pathogens in the air—for that, you need to turn to respirators. In the USA, federal standards regulate what can be marketed as a respirator, a type of facemask that, in addition to providing a physical barrier between the mouth and nose and external elements, actively filters particles from the air. There are several standards, the most common of which is the N95.  These types of respirators are certified by the National Institute for Occupational Safety and Health (NIOSH) and recommended by the US Centers for Disease Control and Prevention. They filter out 95% airborne particles, from those smaller than 1 µm to those larger than 100 µm.  Filtering facepiece respirators come in several types, from disposable surgical masks to the kind of plastic respirators often used in industrial settings that use cartridges or canisters which draw harmful gases out of the air as well as particles and pathogens (fibrous respirators do not protect against gases). While paper surgical masks and surgical mask respirators are very similar in appearance, only those certified as respirators offer protection from fine particles and pathogens. Modern respirators, like surgical masks, are made of flat, non-woven mats of various fibrous materials and use several mechanisms to filter out particles: as particles pass through, they are captured either by directly striking a fibre, or by being driven into a fibre by the movement of air molecules.  Many respirators are also electrostatically charged and cause the fibres to capture oppositely charged particles.

These kinds of respirators are intended to be used once and disposed of, but in practice there might be difficulties in following that advice. “Say you’re working a shift in a hospital ward”, said MacIntyre. “You’re only meant to use them for that one shift, and you’re meant to then throw it away and get out a clean one. Or if you’re going in to do a procedure on a patient who’s got influenza, you’re meant to put on the mask and then take it off and throw it away afterwards. But in practice people might fold up the mask and put it in their pocket and use it again. You get a lot of nonstandard practices.”

Another major concern with respirators is fit. For a filter or respirator to be effective, it needs to fit tightly around the face and nose—they work by pulling air through the mask in order to trap particles. But if there are gaps around the edges of the mask, the air will follow the path of least resistance—through the sides. In clinical and industrial settings, fit is assured with tests, one of the most common being a qualitative fit test. A hood is placed over someone wearing a respirator, and the hood is filled with an aerosol containing either a bitter or sweet flavoured compound. The wearer does a number of exercises to ensure they can’t taste the compounds.  This process can take 15 to 20 min.

In the USA and western Europe, where pollution controls have gone a long way to mitigating a great deal of air pollution in cities, air quality can still be an issue. Wearing a respirator might make sense in the case of widespread illness such as recent Ebola and SARS pandemics or in polluted areas, as long as the wearer is careful to follow the guidelines of the product, but that’s a big if. Even doctors and nurses tend to be lax in their compliance with guidelines on PPE. “Compliance is a major problem with any intervention where the person who has to comply is actually well”, MacIntyre said. “They haven’t got symptoms, they’re not sick. Their perception of risk might be different from what the risk actually is, whether it’s vaccination or masks or hand-washing, people tend not to comply.” Although respirators offer protection to individuals, there is little evidence yet as to their effectiveness at a population level. MacIntyre suggested that a better approach might be giving respirators to people who are ill, since they’re more likely to comply than healthy people.

“There are cities in days in the summer and even other parts of the year, where you get some pretty high numbers [in the air quality index, a measure of how polluted air is], where it would make sense to me, especially if you’re going to spend the day outside”, said Dr Lisa Brousseau, Prof of Environmental and Occupational Health Sciences at the University of Illinois, Chicago, IL, USA, when asked if it made sense to wear respirators on a daily basis. “Where I often get asked this question is when people are working outside, especially if you’re working in a construction area where there’s potential for a lot of dust anyway, it makes sense to me to be wearing a mask, especially if you’re already prone to respiratory ailments, asthma, or other issues.”

Respirators do offer protection from particulate matter and airborne pathogens to the individual, when used in accordance with the guidelines, but compliance to those can be difficult even for people trained in their use.  There is still little evidence about their effectiveness in widespread use by the general public as a health device.  They might not be useful as a daily fashion accessory, but during widespread illnesses, travel, or physical activities on days when pollution is particularly bad, they might make sense.

Here is a long (1.5 hours) chapter of the Q fairy tale that I find interesting. It recounts Trump's world tour in 2017-2018 and recasts his visits with every 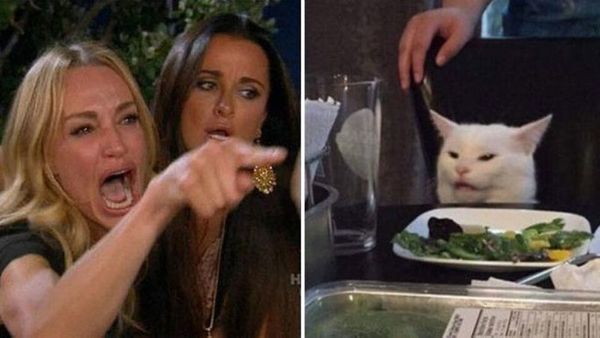 Nick and I had occasion to guffaw when we ran across a study proving that people love dogs more than other people.  We were amazed anyone had considered it questionable