I received my new Overtone color conditioner in the mail, yesterday, and I’m excited to see how much it darkens my hair!  I’ve moved away from salon color, but I like being darker brunette, and was using something that was more natural but time intensive (Aveda Clove conditioner).  Overtone apparently has the balls to turn people’s hair purple and blue etc. so it damn sure better turn my hair dark brunette.

Can you imagine if I was a fashion/beauty product blogger? “This skin care routine is so easy, I can do it from the cab of a Peterbilt while dodging scales!”  “This long-line low impact athletic bra is supportive enough for jogging, but comfortable enough for activities that actually sculpt your body, unlike jogging!”  “This deodorant has a nice feminine smell but is strong enough to repel Wyoming mosquitos when you haven’t had a shower for two weeks!”  Just kidding, I would never wear deodorant.

Speaking of, though, I swapped dresses with a girl named Natalie.  She proposed the swap, and I was dubious because mine was more of a headliner than hers; hers has admittedly become a sleeper unicorn.  But mine didn’t have enough titty coverage for me; hers had too much titty coverage for her; and we realized we’d both probably be more flattered in the other dress.  So I got the one she sent me in the mail yesterday and immediately put it on, obviously, and — it smelled so heavenly.  Some perfume.  So I asked her what perfume that was and she said the Chanel in the green bottle, so I have to get some and that’s that.

But the interesting part is, the smell (which was not strong, only a hint, but enough for Nick to tell me I smelled great when he got home from work) reminded me *directly* of something I hadn’t thought about it forever — ballet dance lessons when I was five.  Every time I caught a trace of it, I immediately associated it with all the things that excited me so much about dance.

We wore little leotards, and I remember freaking out when my mom took me to the leotard store because I wanted all of them — which consisted of only pink or black, as I recall, but various configurations of long sleeves, half-sleeves, and cap sleeves — and either the soft little canoe shoes with ribbons, or the ones with the wooden toe for the older girls.  I was overcome with longing to be one of the older girls and learn to dance in the wooden toe shoes, and my mom said I had a to wait a couple years, but then we moved away and no more dance.

But the perfume also reminded me of the big room, the mirrors everywhere, the wooden rail where we stretched, and the tutus.  I loved the tutus!  So the perfume must have been my teacher, who I can’t envision at all, but she smelled like that.

The dress in question:

I don’t have a good photo of me in the one I traded, and now it doesn’t matter.

Nick and I are already hitting our first real bumps in the road — apparently all airlines retracted their Emotional Support Animal status provisions in January so we have to hustle and find a vet to charge us an assload of money to certify that our little dogs are healthy, and also pay an assload to get them airline-approved kennels, and then pay a third assload of money to the airline for the right to bring them aboard, all in fairly short order.  I should be calling vets right now but I’m quite the honey badger about my blogging time, for whatever reason.

Then, the immediate next set of logistics has me thinking we’d better split up and reunite in Texas, with various trailers, as opposed to our other plan — too complicated to run down, here, but I’ll just say it’s tough and expensive to rent a vehicle that can tow, that can be returned in a different state from where you rented it.

AND, the question that’s probably on everyone’s mind — or no one’s mind — I don’t really know what my various blog readers vibe with, except a lot of them seem to read almost against their own will, chronically — is that today is the 2nd day in a row of waking up to a Bitcoin low.  Quite the correction, from an ATH of 58k to like 46k right now.  Is it, actually, all a scam and a bubble and the ubiquitous ‘they’ were right?  No idea, but I’m feeling aggrieved at how cheap half a Bitcoin would be right now and that I can’t immediately purchase one.  If I had 23k in my regular account right now, plus groceries, I would absolutely throw it down on that.  That’s where my head is at.

My dad follows various YouTube psychics and he likes one, named Utsava.  She’s a good ole gal and uses a lot of her income from readings etc. to rescue horses before they become dog food, etc., and I think she’s fine.  I can’t really speak to the accuracy of her predictions because they seem to be along the lines of, “Well, that did happen but it was behind the scenes and covered up” type deal.  And unfortunately, that’s a big trend right now.  In fact, the “news”, as it were, feels to me like what would happen if there was some unexpected upset involving one of the key actors on a community theater stage, and some poor sod got sent out to entertain the crowd, for an indefinite amount of time, with zero preparation, while any number of heroics occurred backstage.

Anyway, Utsava has been bullish on Bitcoin generally speaking — I mean, she’s not a hater — and she’s predicted for a while that it will “go to zero”, but it’s unclear whether that means…like…an asset losing value, or an EMP blast knocking out a large portion of the grid, or something else…?, but we’ve all taken it in stride, here in Hawaii Five-O.  Utsava also predicts the re-emergence of boomer icons Michael Jackson, Lady Di, and Elvis, who are all surprise not-dead.  Abe and I both are like, “…okay?…”, because we’re late stage Gen X, and Nick, a millennial, is like, “They’d be old as shit!”  My dad goes, “I couldn’t even stand Elvis when he was alive,” with a shrug.  I think anyone who saw his movies would agree: something better needed to happen.

What I mean is (and I’m sorry I always use this example but) I didn’t switch to plant-based due to a bunch of evidence that it’s better for me (also not my main reason whatsoever) and then get eager to watch others’ health decline.  I do see others’ health decline, like, all the time — the people I graduated high school with in ’94 are lookin like my fuckin grandparents, on Facebook — and that doesn’t bring me joy.  My health brings me joy, my ability to wear the clothes I want the way I want brings me joy, but others’ debility or decline does not bring me joy.  I’d love for us all to be on the ride, but people have deeply disagreed with me and indeed mocked me and openly scorned my choice to be veg all my life.

And, from that place, it’s tough to not feel a little wounded, at times, and want a bit of a comeuppance, if that makes sense?  Not in the area of diet, I’m so at peace there, but I’m just saying when you do what seems the best thing for reasons that make sense to you, and others try to make you feel crazy about it, it doesn’t feel good and there can be an emotional pushback, there.

But that emotional pushback is best left to diffuse of its own accord.  It’s not the wolf to feed.  One thing that makes us very uncomfortable, being the socially-dependent creatures we are, is straying too far from the herd; being wrong; being bad, in the eyes of others.  It’s so uncomfortable that one of the ways we attempt to make it more comfortable, if we’re committed to a different path or if we didn’t even get a choice about that different path, as is sometimes the case, is to line up with that emotional pushback.  I get it, for sure.

It’s tough to remain relaxed and loving and at the same time to say, I might be right!  I might be wrong!  I’m going to trust the source within me and ignore the other crabs in my bucket, to the extent I can.

I think we are being squeezed, immensely, right now.  All of us.  We are in a pressure cooker.  Have you ever gotten out of a relationship or friendship or job and realized, in hindsight, how not healthy for you it was?  We have our brilliant and entirely tactical trauma responses to thank for that.  I think it’s part evolutionary (ie biological) and part socially-dependent psychological that we remain mostly insensitive to our worst situations, when we’re in them.

What I’m saying is, this is dysfunctional.  This is soul-crushing.  And we are turning on each other, and I would expect nothing less.  I don’t advise anyone act like they’re in a healthy safe place when they’re not, and look: none of us are.  And we’re all fairly nonchalant about it because the heat only increases one degree at a time.  We’re all negotiating what feels like personal survival, on some level, and a desire for a degree of social cohesion, which is a different kind of personal survival, but an important one.  None of us will realize how bad things are now until there has been a quantum shift in our abundance, our circumstances now retreat into amazed hindsight, and we’re inspired to spend more of our time pursuing value than mitigating risk.

So, far more than I would prefer I’m right about anything at all, and others are wrong, I’d prefer that we find ourselves entering a true human renaissance.  I’d prefer Bitcoin matter a lot less because there’s so much abundance and stability flying around, it’s easy.  I’d prefer that, rather than being accused of being “one of those goddamn vegans” when I’m sitting on my cooler and eating a nectarine, that person recognize that nectarines are theoretically for everyone.  I’d like to see a resurgence of optimism, interest, curiosity, and endeavor on the part of MFA’s (my fellow Americans, or, alternatively, motherfucking Americans) and world citizens.  I’d like us all to experience that subtle but remarkable shift that occurs when you go to bed anxious, but sleep long and hard, and wake up to the bright sunshine and can’t even remember what the problems are, anymore.

I’m okay with zero flying cars included in that scenario.  People are bad enough drivers on two dimensions.  And I don’t care if Michael Jackson, Lady Di, or Elvis are still alive.  Nick’s right — they’d be old as shit.

So yeah, I’m not sure what’s going on backstage right now, but the ad hoc entertainment is not very polished.

I’m just gonna leave you with this 60 Minutes hit piece on Qanon, mainly for the comments section: it is lit!  Skim before they disable :) 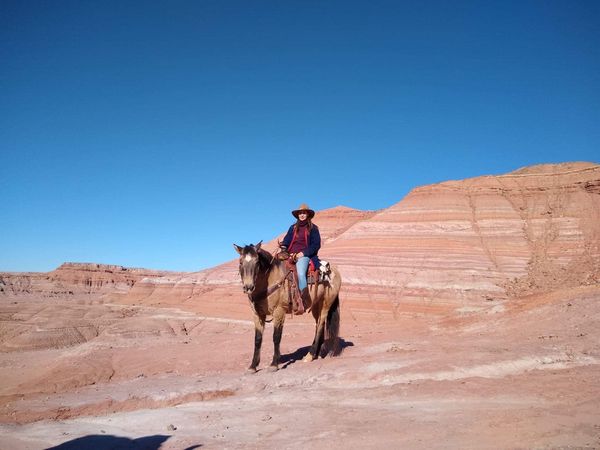 I’ve seen stuff going around about Canadians with negative COVID tests forced to quarantine at home (?!?) and those with positive tests to relocate to designated facilities.  Lost a little