Too tired to do anything else but write another blog — today’s deadlift workout came too close on the heels of yesterday’s squats, so I only got one set and then bar-no-movey.

So, I had come across this interesting perspective on Twitter:

I was just like ‘huh’ and moved on.  I’ve felt for a long time that voluntary celibacy (volcel) is a major flex for both men and women, as at least a tool in the toolkit.  I’m not talking lifelong vows of celibacy — just applying the same standards to our sex lives that we would to our food lives, clothes lives, job lives, home lives, car lives — really everything.

My mom told me when I was a teenager, “Hannah — you’re single until you’re married.  If I was you, I’d date as many guys as I wanted, for as long as I wanted, and have as much fun as I wanted, but I wouldn’t sleep with any of them until I found one that was just right.  And then I’d only sleep with him.”  My parents weren’t ‘wait til you’re married’ types because they were super nihilistic about government shit, so it was more like ‘wait til your head and your heart and the stars are in alignment’ type advice.

So I’ve negotiated my own love and sex life with varying degrees of…love and sex, I guess you could say, and sometimes the stars were in alignment and sometimes they weren’t, but I’ve never been straight up off in the weeds like young people these days.  Holy shit, some of them don’t stand a chance!  It frankly makes me shudder.

So back to volcel, I say it’s a flex for both men and women because, well, standards.  Having a moment you’re not proud of with, say, fast food, is what it is, but that shit ain’t gonna follow you home.  So I’m not remotely dictating (even in my own imagination) what anyone’s standards should be.  I’m just saying, have some, in advance.

I’m sure I’m preaching to the choir…?, but feels like it has to be said.

So anyhoo, I ran across this tweet and was like ‘huh’.  The guy’s a pastor, so right there I’m a little on guard.  If prostitution is the world’s oldest profession, being a self-styled religious leader is the second oldest, and you can hide a lot of scandal beneath the skirts of Mother Church.

On the other hand, dunking on Leftists is rad, so whatever — like and scroll.

Then, only moments later, my boyfriend showed me this exchange on Reddit:

An authentic, nuanced, and well-expressed concern, followed by…whatever that was.  I’m reading it over again right now and I still can’t make heads or tails of it.  I’m assuming Vinniikii is female, only because she (?) assumed the original poster was trying (and failing) to make a feminist point, when there’s no evidence of that.

I don’t think a man would mistake the original poster for attempting to make a feminist point per se, because men conflate feminism with screechy stuff and blame game, rightly or wrongly, which better describes Vinniikii than OP.

So my take on this is that OP is a (self described) young woman who takes women’s interests and outlook seriously, is conversant with feminism and woke-ism generally, but may or may not describe herself as a feminist.  Vinniikii could be a purple spaghetti monster, for all I know, but comes off like a spectacularly woke feminist.

Back to her (?) point, though: is there one?  Every sentence just pummels me with bewilderment afresh — it’s ‘misogynistic and infantilizing’ to express concern that girls under age 18 might be impressionable?  We all know they’re fuckin impressionable so then what would be not misogynistic — to tell ourselves instead that teenage girls need no protection, guidance, or concern, and that the world is not out to sexually get them?  We all know it’s out to sexually get them, so…we empower them by pretending they have enough wisdom to function as totally autonomous sexual agents in a world that sexually objectifies young women like that’s its full time job?

This actually checks out, because we already know that Cardi B’s Wet Ass Pussy video is the current template for feminine empowerment.

Okay, next sentence: ‘People like Charlie D are ambitious and successful entrepreneurs, who happen to be female and under 18.’  I had to look her up — no idea.  She’s cute, great dancer, lots of bikini/fitness wear TikToks but nothing I’d consider red flag material.  The OP didn’t mention her so it looks like Vinniikii chose to hold up an example that probably no one would find too objectionable and then objected to it being objected to.  Classic.

Then, ‘You handwave about the power and popularity that are [sic] accessible to real creators.’  This would make sense if OP had expressed concerns about all the people on YouTube filming themselves doing, say, acoustic covers of their favorite songs, but as it stands I can’t make heads or fuckin tales of this so, moving on:

‘If it’s bad it’s because most of the people are simple and only interested in the most vulgar content; this is partly everyone’s fault and even if individual teen girls were “less ditsy” and resisted grooming that wouldn’t fix the deeper problemsz [sic].’  I think she’s trying to accuse the OP of accusing teenaged girls of being ditsy?  That’s…like…a turducken of misogyny coming from Vinniikii, resting on a firm bedrock of everything being men’s fault, ultimately…I think?  I can only assume, here, that ‘the deeper problemsz’ refers to, like, the fact that prostitution is the world’s oldest profession.  So if we can’t solve the problem of prostitution being the world’s oldest profession, then we shouldn’t try to solve anything else that manifests from that transactional space…?

I don’t know — it’s mishmash from a mishmash brain so frankly it’s weird that I spent so much time on it.

Anyway, the point is, I was reading this original post and Vinniikii’s comment with an increasingly deep furrow in my brow and then I snapped my fingers and said to Nick, “Oh!  I just saw a tweet that provides, perhaps, the secret treasure map to help us navigate this.”  I ran and got my phone and revisited the first tweet I shared.

Maybe!…just maybe!…we can make sense of it on that level.  The Reddit OP is witness to a trend of increasing sexual permissiveness and transactionalism being encouraged in a population she, and anyone with a brain, considers to be vulnerable — teenaged girls with smartphones — which represents a sentiment of moral restraint.

From Vinniikii’s response, I don’t think she’s even aware of what’s triggering her or why, about the OP.  She just knows, on a deeply programmed level, that any sentiment advising or exploring moral sexual restraint is a sentiment pointed in the wrong direction.  And when sentiments are pointed in the wrong direction, what do Leftists do?  It’s like turning on a fog machine, except instead of fog, it emits words like misogynistic, infantilizing, framing, and deeper problemsz.  So then she kind of lays about with a very blunt ideological machete, ultimately making zero point, zero argument, and zero sense, but nevertheless very clearly moving the needle back in the ‘unrestrained sex’ direction.  We don’t know anything, at this point, but we do know it’s all someone’s — partly everyone’s? — fault.  And that’s what matters.

And then I sat down and blogged about it — the second-biggest loser in this scenario.  You’re the first, for reading it lmaooooo.

Finally, in an attempt to redeem your sunk cost here, let me share this, copy/pasted from Telegram and totally unrelated to the above, in a grand tour of social media-mined gold:

This is going to be an off-the-cuff post, so I hope you’ll bear with me

Someone I knew just passed away

He had been a good friend

I have a very socratic & kind method of debating on FB

This person proceeded to T D S all over one of my posts, never answered questions or facts, was snippy,

then declared me to be beyond reason & defriended me

That was months ago. I harbored no ill will to them & knew they’d learn the truth

I just found out tonight they died

I went to their social media profiles

Every post was being snippy & petty about the GOP & President Trump

What a sad, 1-Dimensional way to present oneself to the world

He was better than that. He was a working artist; his last days of posting weren’t about his art

But even if he were right: what a sad way to go out

I beg of you: fight the good fight

This too – as horrible & maddening as it all is – shall pass

A better person than me, clearly, because I’ve unfriended the shit outta some people.  Anyway, I liked it, and even though I can’t connect this final share in any overt way to the discussion above, it just feels like a nice antidote to the Pastor’s certainty, OP’s worries, Vinniikii’s vague affront, and indeed my own attention to the trending swirls of my world, as I observe them.  Remembering to love and live our lives with joy has never been more important, and — for whatever strange reason — blogging is a big part of that process for me, even when I’m huffy about dumb shit.  Hope you’ve enjoyed. 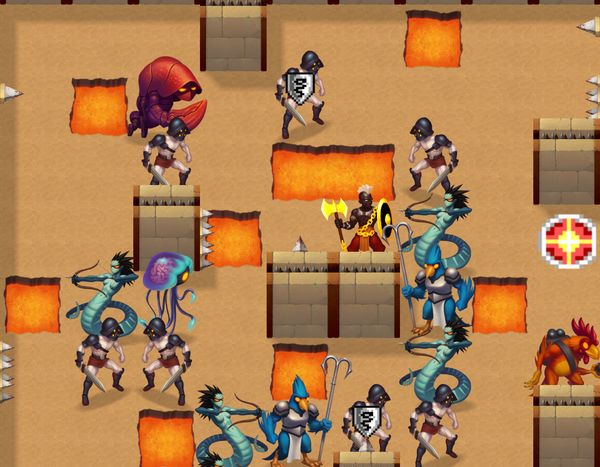 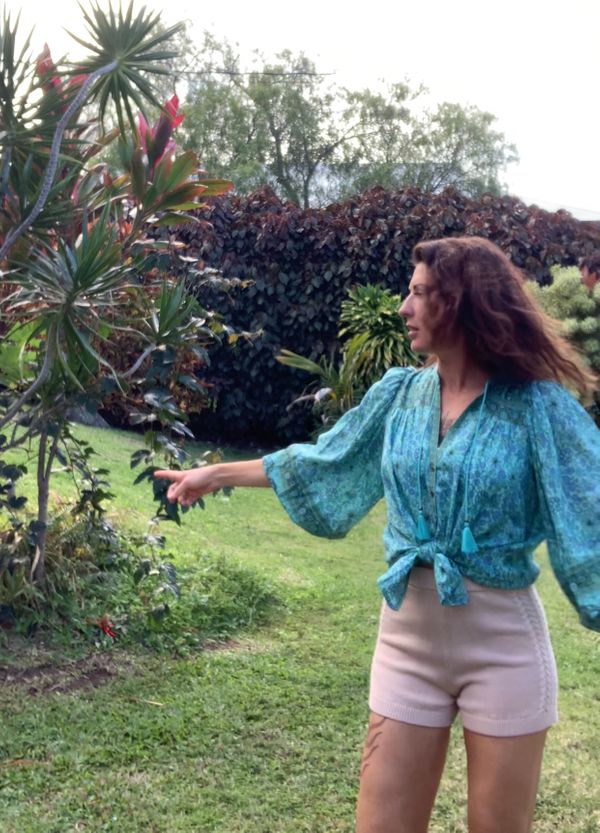 Coffee tastes good every morning but some mornings it’s like DAMN.  Maybe it’s the extra cinnamon. Nick and I are looking at only being in Hawaii for about