It kind of seems to me like several important story arcs are in play, right now, and the outcome/s we experience have to do more with timing and, like, gravity, than anything else.  It also seems like guerrilla theater and/or LARP.  More than anything, though, it seems like the universe’s yes-factor got turned up.

I’ve never experienced my desires manifesting faster than this last year.  I’ve never experienced previously minor frictions blowing up in my face with the power of atomic bombs like I have this year.  I’ve had to stop relying on other people to smooth me out, even to the extent I did previously, which I thought was not much but turns out it was too much.  Thoughts are turning to things so rapidly.  It’s a real study in momentum.

Also, the cohesion of our shared reality is breaking down, fracturing into convincingly self-reinforcing sub-realities.  Like: we’re essentially all in one big, multi-story club right now, where I’m obviously at the country bar, dancing on the sawdust floor, and a lot of other people are in the disco.  And there’s also a hookah lounge and a metal venue and an 80’s/90’s section and a smoker’s patio and a bathroom where girls get caught up in conversations at the wide sink, looking not at each other but directly into the eyes of each other’s reflections in the mirror as they nod and laugh.

Frankly I wanted to bring more friends with me, into whatever eddy my particular current swirled me into, but I don’t get to choose for them.  I only got to choose for me, and I’m so so lucky to have ended up riding the same current, all the way to Hawaii and all the way to this beautiful rental house on the coast, with the most important people (and animals) in my life.

I do get a little tripped up by the insanity of xyz, when I guess I haven’t let go of expecting sane things from people and the world, yet.  But really I should just let it go.  From where they stand, I’m insane.  That’s the craziest deal of all.  From where they stand, I’m insane.  And, since each sub-reality in this dance club is so convincingly self-reinforcing — sure!  I’ll go so far as to say that, but I draw the line at implying one echo chamber can be exchanged for another.

Oh yeah, god, that’s actually the perfect analogy.  Brilliant!  So it’s like this, if we would all just realize it: I’m at the country bar sub-venue, because I love country music, country dancing, the emotions it all stirs up in me, the short dress and tall boots I’m wearing, the slight over-performance of traditional gender roles, the fiddles, the memories, the cowboys, the cowgirls, all of it.  I love all of it — that’s why I’m there.  I have my pick of dance partners, and I can also drift through the crowd, longneck hooked languidly in one hand, almost forgotten, long hair down my back like a horse’s tail, making my way to the banister to watch the couples twirl.  Everyone moves loosely counterclockwise, a neon carousel, and all the different ways of dancing somehow mesh together into a sort of meta-harmony on the dance floor.  It’s beautiful, whether I’m participating or not.

We can’t communicate through that.  We can’t find common ground despite that.  And we don’t need to.  The universe’s yes-factor just got turnt and we all get to experience a lot more of what we came here for than usual.  Only an idiot would hang out in the room booming the wrong music, and the wrong music is the music that isn’t the way they want to feel, and the way they want to feel is none of anyone else’s business.  There are a lot of people who hate country and no amount of explaining could make them understand how it makes me feel.

So yeah, I feel like people who cop to the echo chamber theory, which should be all of us to at least some extent, are also perhaps overextending (usually on others’ behalf and not their own lollll) — ‘well you’re just over there having all of your beliefs reinforced, of course you think that’.  And sure, okay.  But, seeds don’t grow in just any ole ground you throw them down in, even here in Hawaii believe it or not.  We’re all getting to find out right now what it looks like, what it feels like, to have our inner feelings and suspicions exteriorized and mirrored back, on a larger and larger scale.  Which is what the universe always does for us, but it’s doing it even harder, now.  It’s breathtaking, it’s wonderful, it’s scary, it’s shocking, and it’s deeply fragmenting, among us.

So yeah.  Not everyone wants to feel the ways I want to feel.  But the ones who do, even in their own specific and infinite variety, are mostly hanging out here in this country bar with me, because this is the emotional neighborhood in which we like to feel, regardless of our diversity in how we think.

Maybe next time I have a disagreement with someone I can just remember: ah.  Here is a person who wants to feel a different way than me, and no amount of discussion or debate is likely to change that or even scratch the surface of it.  As we used to say: it’s a free country.

The impeachment trial is cracking me up.  How did they not think it would massively backfire?  Providing a well-illuminated stage for all the rationality they tried so hard to suppress, all year long, with their increasingly incoherent meta-narrative.  It’s like a beauty pageant of rational things.  Trump’s defense team seems to be eviscerating the prosecution through the surprise maneuver of simply making sense, asking logical questions.  “Does a politician raising bail for rioters encourage more rioting?”  AW FUCK, THEY BROUGHT OUT THE BIG GUNS.  Either no one’s getting impeached or damn near everyone’s getting impeached, if the universe still makes any sense.  The violence at the Capitol was diabolical and pre-planned, in cold blood!  Also Trump’s dangerous hate speech on Jan. 6 incited the violence!  Well, which one was it?

All these years, I thought the story of Christ dying for our sins, but we’re still not supposed to sin and we’ll go to hell if we do, was going to remain the toughest-to-explain story of our time.  Christ on a cross ain’t got nothing on impeaching a private citizen for inciting violence when I’ve heard nothing all year from them but incitements of violence from the agents of the impeachment.  Stay home, stay safe, okay race riot, and then it all just turned to sort of blah blah blah whatever.  If someone’s hand isn’t already hovering over the EMP/cyber-attack button, I’d be surprised.

Honestly the weird thing to me is that this can get just so much worse, so why hasn’t it, and is it going to.  Not to be a Debbie Downer, but they (Deep State R Us) have the ability to release an actually very deadly virus.  Or to crash our grid.  Or crash our dollar grid.  I think not much in the military department because the Pentagon is still all “bitch please” and showing Biden the hand.

That’s what I meant in the first sentence of this blog.  Several important story arcs in play, and the outcome/s we experience are sort of like….which ball is going to reach its apex and come down the heaviest and the fastest?

All I know is, Buffy’s fur above her eyes finally got long enough that I can clip it back in a barrette and my life is basically complete.  I’ve been growing her bangs out since the freaking Creek fire in California, the largest California wildland fire in the state’s history, and here we are on another continent, two additional masks later (for a total of three), and Buffy’s bangs will finally go in a barrette.  Life is good.  Little dog level 100.

Ready for the aliens in June or whenever that’s supposed to happen.

Okay, I’ll close with a few stronks observations (sub-text being the boyfriend and I are training for a fitness competition towards the end of the year, aliens/cyber-attack/United States of Venezuela notwithstanding):

I’m turning into one of those buff chicks.  It’s not super obvious yet but I’ll catch it in the mirror, every now and then.  It’s so exciting!!  We’re training on our new (level) platform and just loving it, having fun, and I’ve put on a few pounds that’s not menstrual bullshit, for once.  I’m still STRUGGLINGGGGG to eat enough, or as much as I’m supposed to, every day.  I couldn’t finish all my seitan yesterday, saved it for today (stacking up even more that I have to somehow get down today — and I love seitan, don’t get me wrong, I make it from scratch and it’s delicious), so I put yesterday’s leftovers in a wrap, couldn’t finish the wrap, fed half of it to Buffy, and now it’s almost six pm and I’ve only eaten like half the calories I planned.  I don’t know what to do, except constantly graze.  The calories are either going to shoot me forward or hold me back so I need to figure it out and make it happen.

But yes, feeling really powerful and curvy and like stout but in a good way.  Just enjoying the journey, and feeling so lucky to have such an excellent coach man in my life.  Sleeping real hard, as is the case with a heavy lifting lifestyle.

Aight.  It’s time for me to narrate some romance and earn my money, but I’ll leave you with some photos from our little off-day workout today.  We did heavy squats last night so today was just a fun, but hard, circuit type deal.  Au revoir! 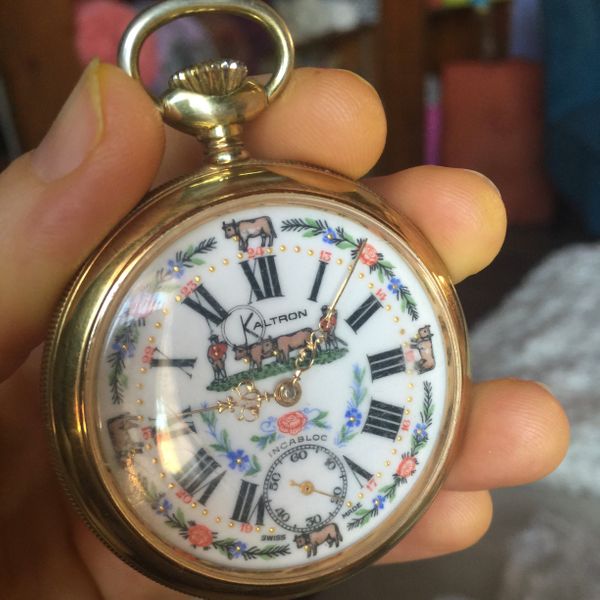 As you watch our entirely corrupt government frolic and cavort like demons in the comfortable, dimly-lit hell of their political fever dream — prolonging an on-the-face-of-it sham impeachment (numero dos) with 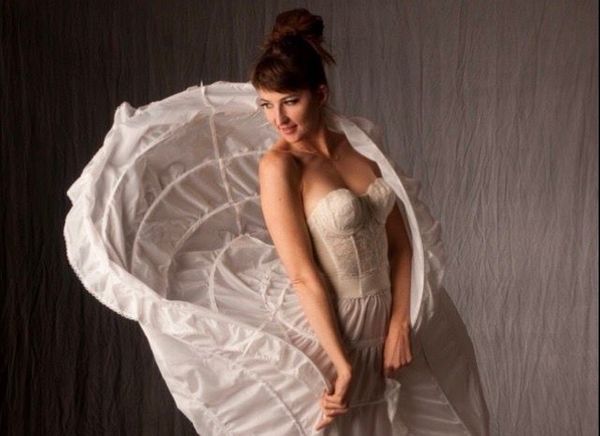 The main thing on my mind to mention today is triangulation, particularly as regards information/disinformation.  Seems a highly relevant thing to guard ourselves against lately. So, typically triangulation is