My brother is so great about uplifting others, and he was reminding me of this passage recently:

It’s from one of our favorite books, Living With Joy by Sanaya Roman.

Helps me to remember that nothing’s occurring right now that I didn’t choose, at least in terms of being the right sort of incubator for the qualities I intended to develop.  And apparently the qualities I intended to develop have something to do with staring around in amazement as congress attempts to impeach a private citizen and the whole country, stimulus-less, is just like “oh…okay, is that what we’re doing now.”  I don’t actually believe he’s functioning quite like a private citizen right now, and this 2nd impeachment trial seems to corroborate that belief.  But much like the 1st impeachment trial, they can’t say how they know there was election interference without betraying their own culpability.  Same here, so it just looks like nonsense on the face of it.

I’m going to move on from that, back into the abstract (how could I not), but first let me just share this quick video with you, relative to the impeachment.

It’s a fast-paced analysis of the Ashley Babbit shooting at the Capitol, from about six different angles.

So, I’ve been off that narrative train since it happened, even without the analysis, simply because I understand what would happen if she’d actually been shot in the neck at close range by a handgun with a hefty caliber.  It wouldn’t have been this semi-romantic victorian heroine sighing her last breath kinda thing with delicate blood splotches here and there, and absolutely no real first aid or clearing of the area or anything that would have happened.  This video shows a bunch of people messing with her backpack etc, probably trying to get the squib (fake blood rig) on her stomach to engage.  The way the shot was lined up was with her stomach, not her neck, and the first reports of her shooting, from staged actors, were that she’d been shot in the stomach.  It all would have made a lot more sense in that case, and you can see the squib on her stomach as she’s wheeled out on the gurney.  I think it’s funny that they took off her shirt and bra but did not take off the squib — that is such a dude thing to do.  Facepalm.  The whole thing looked a bit of a shit show to me.

Anyway, I think they kept trying to get that stupid squib to engage because she was laying there, supposedly shot, and there wasn’t any blood happening except for the capsule she’d bitten, and all these hands reaching around and touching her backpack, dragging her a little this way and that.  She had a bandana around her neck (no blood on it though) and people were tentatively touching it.  The “medic” who came up literally just dabbed around aimlessly with a gauze pad.  They were trying to figure out what to do.  Obviously no one worried that they themselves might get shot, since it was pre-planned.  So they just went with “shot in the neck” because enough of the fake blood from her mouth had dripped down onto her neck by then.  Don’t take my word for it, watch the video.  But it’s patently ridiculous — literally the flimsiest story I’ve ever heard in my life.

Fact: I was a military respiratory therapist in the trauma bay with a big ole guy who’d been hurt in a knife fight, in San Antonio, and he was all stabbed up and there was a lot of blood.  We couldn’t get him to oxygenate — every time I tried bagging him with the mask, it just slipped around, and blood was jetting out of his mouth in gouts.  The ER doc kept trying to get an airway but same thing, it was a bloody, blind mess.  Sats tanking, so finally he went for a trach.  Well, this was a controlled environment, okay, and a controlled cut to his throat, and still we all got splashed with blood.  It was a shit show, and he was referred to henceforth as “volcano guy” because his throat had become a gouting, gushing, spraying volcano of blood.  I had to change my scrubs when that whole deal was over.  It was a fucking mess.  Everyone got splashed, and the footing got treacherous.

And that, my dears, is what happens when people’s throats are traumatically opened up.  NOT what you see on that bullshit Ashley Babbit shooting footage.  Thefuckouttahere.

The narrator of the video analysis talks about medical trauma training scenarios where extremely realistic “moulage” (injury makeup) and various scene actors and controllers are used, and I was in one of those, back in 2006!  It was a mass casualty FEMA exercise in Phoenix, assessing how well the local military, law enforcement, and medical resources would be able to interface in the event of a large scale incident.  I organized the volunteers but was also designated a victim with a traumatic back injury, who was evacuated along with others on a C-130.  Here’s my moulage:

And here’s me in my healthcare provider role in one of our field hospitals, during a different part of the scenario, just because it’s fun to re-visit — hadn’t thought about this in forever:

So yeah, these exercises are not uncommon at all, but it’s much less common to use them to discredit and de-platform a sitting president and all of his support, but hey — the 2020’s are a crazy time.

So back to the central idea, here:

So yeah, it’s kind of neat to remember that we’ll never encounter a situation in life that doesn’t ask us to refine our own relationship to our own core values, just as we’ll never establish (or more realistically, discover) an inner core value without the circumstances of our lives giving us the perfect information we need to further evolve and improve it.

I have some more thoughts but I think I’d rather journal them out, for now, than explore in this format, so I’ll just leave you with some more great Living With Joy excerpts!  Have a great day. 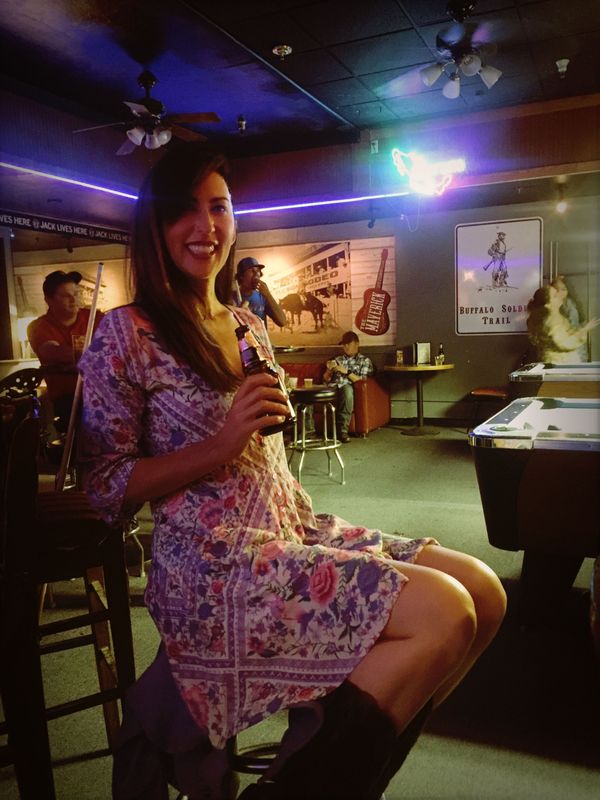 It kind of seems to me like several important story arcs are in play, right now, and the outcome/s we experience have to do more with timing and, like,

Today is the first day of Trump’s second impeachment trial, which is a perfect moment for me to reiterate how much I appreciate Q, Qanon, and the Q movement/