Okay, I have just enough time before Buffy’s grooming appointment to have plenty of time if I don’t blog, and to make it all very stressful if I do blog.  The choice is obvious!

Short blog only.  So: cryptos!!  It’s so nice to have an account I check where, hey, I’m up 10k or 15k in a week and I didn’t even do anything.  Like a lot of us, I’m furious with myself for not shoveling more money into BTC and ETH when they were, as Marty Huggins campaign manager put it, “playing heehaw with the fuckaround gang” all those years.  It was so tough, psychologically, to deprive myself of money I needed/wanted right now, in favor of this admittedly seesawing, but mostly sedentary, savings account.  I always believed in Bitcoin, and the fact that it could take me to the moon, once I initially wrapped my head around it, but there was zero sense of urgency to get some money in there (money I needed and wanted right now), when the next day I’d wake up and same, next day same, next week same, next month same.  Some fluctuations but it always sank back down to comfortable levels.  There was always a way to justify postponing a new infusion, let’s say.

And the best part about it is that it’s not like a stock, where the overall situation could change in some fundamental way.  Like, people always acted like my interest in Bitcoin was risky, and I thought their stocks were risky, and it’s just two different paradigms.  Once I grasped that Bitcoin was a way out of fiat currency, and that it was decentralized, and only 21 million could be mined, ever, and that fewer and fewer could be mined in each four year halving cycle, I was like: oooooohhhhhhhhhh.

Anyway, yep.  I had the power to think bigger and set myself up better, but I didn’t, at a time when more inner vision and less outer vision would have really served me, but I didn’t.  Trying to not make that mistake again!  Lots of banks, nations, institutions, corporations etc. scrambling to incorporate Bitcoin into their daily ops and their future prospects now.

I follow a lot of BTC related accounts on Twitter and so it always feels to me like I’m the slowest, poorest, least informed jackass in the room, about cryptos, but it’s crazy to refocus and realize that I’m still, in some sense, on the leading edge here.  I met a nice woman on my walk the other day and by accident started talking about Bitcoin in relation to the subject of the real estate market or whatever had come up, and she was like “Okay anyway gotta go!”  Ie, you’re a fucking weirdo, get away from me!

That is, like, the story of my life, though.  I really want people to have the solution it appears to me they need, which is the exact one they’re not receptive to, and the degree to which they’re not receptive to it is the degree to which they have that problem, and I’m like, argh!  Maybe I’m just an obnoxious weirdo who thinks I know stuff.  There’s always that possibility, you know?  Or maybe…the Standard American Diet is a fucking conspiracy and plant-based is the hack.  “Fitness” is a conspiracy and barbell strength is the hack.  The better-job, bigger-house rat race is a conspiracy and real assets, to include Bitcoin, is the hack.  Is it any wonder I blog?

As usual, I should probably just stay in my lane and continue my journey of vibrant health, sculpted physique, and muscular assets, to the best of my ability, and otherwise STFU lol.  By the way, I will def post some competition prep journey pics along the way, I just don’t know that there has been anything dramatically positive occur yet, outwardly.

I think the inner vision vs outer vision thing is a huge lesson for me, right now.  BELIEVE IT OR NOT, I tend to look around and somewhat homogenize myself to fit in a little better, in a lot of ways.  It’s insidious.  My favorite writing teacher in grad school gave us the key, and I’ll never forget it: the point of writing is to write more like yourself and less like everyone else.

Doing anything “more like ourselves” is tough because we can’t see where we’re going.  It’s a lot easier to choose someone else’s apparent trajectory, and to go through life essentially performing various tropes.  This is my relationship trope, this is my money trope, this is my body trope.  The best things in my life are the ones that arose from having paid attention to my inner vision, and it’s just obvious it would work out that way.  Not because my inner vision is better than anyone else’s trope I could adopt, but because it’s tailored to me, by me, for me.  We don’t all want the same things.

Today is day three of Teal Swan’s 28 day self-love challenge, and so I’m still asking: what would someone who loved themselves do?  All day long.  Part of my brains is all, “someone who loved themselves would have PUT MORE INTO BITCOIN BACK IN 2016 (or 2017 or 2018 or 2019 or 2020) GODDAMMIT” lmaoooo but c’est la vie.  Mostly what I used it for back then was to put money in, spend the rest of my money, really fucking need some money right when it was down, and then take it out, having conveniently lost money.  Rinse and repeat.  I believed in the decentralized vision, but didn’t really have my shit together otherwise.  The concept of investing was nonexistent in my family so I was reinventing the wheel quite ham-fistedly.

I just tell myself, when I’m falling asleep at night, “I’m still an early adopter…I’m still an early adopter…”  The amazement of having more money than expected, thanks to cryptos, to invest in a wildland fire contracting business, is somewhat dampened by the realization that I’ll have to take that money out of cryptos and actually commit it to physical solid form.  I just have these nightmares that BTC will go to 100k right after I dump a bunch into trucks and trailers.  The point being, I can buy more later, but it’s awful to let it go.  DUDE, if I was a college student right now?  I’d take out every loan they’d give me and dump it all into cryptos.

Okay, now I’m just stream-of-consciousing and I need to brush Buffy out at least a bit, so I’m not one of those bad dog moms who drops off a hot mess. 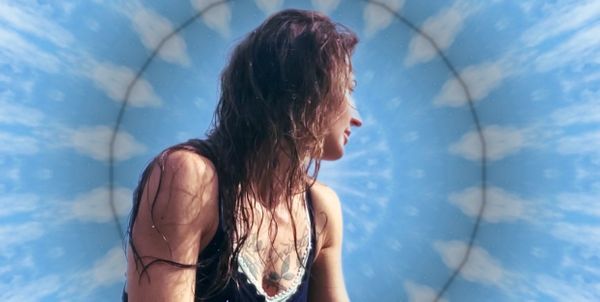 You know, fuck it, I’m gonna write a blog that’s been in my heart for a while.  Probably the main reason I haven’t yet is because any