I couldn’t decide between hot chamomile tea and iced coffee this morning so I went with both.

The winter in Hawaii is rainy, at least where we live!  I haven’t been to the other islands yet; I heard they’re more congested, although with tourism eviscerated, who knows.  It’s only a $20 quick plane ride, something like that, and I think they leave every hour.  Very convenient to go between islands, in times other than fake pandemic.

So yes, it’s been very common to wake up to the sound of rain on foliage (and roosters), and temps in the high 60’s to low 70’s.  Then gorgeous all day long, maybe rain or not but lots of rainbows over the ocean, either way.  Last night there was a big yellow moon that rose up while we were celebrating my brother’s birthday again, more officially.  He made enchiladas, I made southwestern corn casserole and a terrible carrot cake.  I’m such an intuitive cook, I’m very successfully freewheeling even when I do follow recipes, and I forget you just can’t do that with baking.  I added too many carrots and it made it flat.  Oh well — the candles matched the moon, and it was nice. We had a lanai full of loved ones, best of all.

Nick and I found a used sink trailer (ie “handwash station”) in seemingly good condition, and spoke with the guy selling it.  He’s a career fire guy, and has already had the trailer on contract for Cal-Fire, which is a good sign since they’re Cal-picky.  The really funny thing, though, is that he remembered us from this past fire season!  He said, “Oh, y’all are the weightlifter couple, right?”  Small world!  We did go all around, everywhere, with our barbell set, and I think it’s great someone remembered us that way, of all ways.  We’ll probably run into more of that; this past season, everyone was encountering Nick for the first time but remembering me as “the fuel girl”.

I like the wildland fire world.  It’s big enough, but small enough too.  I sure hope we can be successful in our first season, bidding our own equipment.  One thing I do know: shit will be on fire, and they’ll be paying *somebody* to set up camp in the vicinity, so might as well be us.

Can you believe that I might have to be cold again?  My body will probably just stop working.  I know I’m living a good, good life right now because I look back at so many aspects of my existence and work history and working conditions and schedule and exposure to the elements and conflicting demands, all that, and I’m like — how tf did I *do* all that?  I hope I don’t turn into my dad, where I just talk about growing up without utilities all the time, and meanwhile make my brother buy me a space heater to get through the night in Hawaii.  Good lord.

Anyway, we’re all trucking along here just great.  I did not board the rocket ship called Doge in time, in case anyone’s curious.  I even saw that it was happening, but my resistance to going all in on shit coins is very high, even when they do have a cute dog mascot.  A lot of people made a lot of money, the other day, and I wasn’t one of them. Look at this chart — not even parabolic, it’s just full on vertical:

And a lot of people lost a lot of money, same day — I haven’t really commented on the GameStop saga yet, but wow.  This article in Evie sums it up very succinctly, in my opinion, with emphasis in all the right places.  Melvin Capital was naked short selling, at 140%, a struggling American business gasping for breath at the end of a solid year of lockdown.  That’s like going up to a dying dog that’s been hit by a car and kicking it, y’all.  Like, you cannot grasp the significance of this GameStop thing if you don’t get that aspect.

It just so happens GameStop has massive sentimental value for anyone who grew up playing video games, which at this point, is almost everyone.  I remember going in to GameStop with my brother, throughout the years.  It’s struggled in the age of the digital download, just like Blockbuster video, was staying afloat with consoles and stuff.

Anyway, r/WallStreetBets organized and pumped up the price of the stock, which caused Melvin to hemorrhage billions, literally billions, of dollars, UNTIL — the actual fucking White House shut down “retail” (ie small time) investors, preventing them from purchasing more GME (GameStop shares) and forcing people to close their positions.  I deleted my Robinhood app in a fury, because obviously I was going to go on there and buy myself some fucking GME, and I couldn’t. #holdtheline is still trending.

Next thing you know, the Redditors are being called “white supremacists”, Melvin Capital is being referred to as “a primarily Jewish investment firm”, the short squeeze is being characterized as “antisemitic”, and over one hundred thousand negative reviews of the Robinhood app were deleted by the app store for being “hate speech”.  Amateur investors are accused of “inflating” and “manipulating” the stock market in a way that is “unnatural, insane, and dangerous”.

You’re seeing this, right?  You’re seeing that the corrupt government, the corrupt financial institutions, the corrupt media, the corrupt justice system, and corrupt big tech function seamlessly, and corruptly, together, to fuck over individual Americans, right?  And that, when they do this, they cover their tracks by using inflammatory verbiage like “hate speech” and “white supremacy,” right?  And remember when the whole west coast was on fire last fall, largely with the help of Antifa arsonists, they got everyone whipped up about “climate change”, even though all the climate change stopped at the Canadian border?  And how the “pandemic” acts as a tool of economic and social suppression that can be dialed up or dialed down, depending on the agenda?

I do have to admit, though, that if I could choose between a fix and a wake-up call, I’d choose the wake-up call.  I think it’s really important that we shift, en masse, out of obsolete paradigms that no longer serve us.  So, in that sense, I guess everything is going just great.  I don’t know how anyone stays not red-pilled with all this going on; it’s like winning a breath-holding competition.  Pretty sure winning is the same thing as losing, guys.

If I wasn’t already invested in crypto and metals, this GameStonks deal would have me running — not walking — running for the nearest store of actual wealth.  Like, you know your fiat is sick with the coof when something like this can happen.  And I don’t mean the short squeeze — I mean the categorical shutdown of the short squeeze.  I guess the stock market’s only a gamble for us plebs.  For the billionaires, it’s just one more smash and grab, with a government bailout light at the end of the tunnel.

Honestly, here’s the mechanism, I think.  The social consequences of getting red pilled have escalated to the point where it feels very unsafe to say anything counter-narrative.  But at the same time, the narrative has eroded to a point where it’s becoming observably threadbare, even to people who don’t want to pull on threads.

I pull on narrative threads because I have no reason not to — I’ve never even experienced the kind of social consensus others are concerned about losing, I suppose.  I read books on my lunch break all through elementary, junior high, and high school, because no one wanted to be seen with me then, either.  So come at me bro.  Your narrative just split another seam.

But anyway, I think the social consequences are high for counter-narrative behavior — getting shunned essentially — but it’s getting to a point where at least one thing doesn’t make sense, in a major way, for almost everyone.  It’s becoming impossible, I would think, to un-see the level of  “inter-agency” coordination here.  It’s almost as if there were some kind of…je ne sais quoi, how do you say in your country…Deep State.  But people suspect, correctly, that if they remove even one single block from the Jenga tower of their allegiance to this narrative, the whole thing might come crashing down.

So I guess it feels deeply dangerous, and not in just the obvious way, to admit that, heck, I guess they could put just literally anything in a vaccine — aborted babies, monkey brains, heavy metal toxins, industrial waste, whatever — and then tell you it’s for your own good and you’re a selfish science-denying troglodyte if you don’t get it.  Or to admit that the pandemic functions on a dial.  Or that the climate change threat level functions on a dial.  Or that racial tensions function on a dial. Or that gender tensions function on a dial. Or that coverage of, and rhetoric about, police brutality functions on a dial. It’s like a lavish Las Vegas buffet, with all your favorite flavors of manipulation. Something for everyone.

It’s not that any of these things doesn’t have a legitimate basis.  The best lie is always a partial truth.  We just seem to have a remarkable inability, as a people right now, to look at the ball and not the hand that’s throwing it.  I mean, dogs have this problem too, and it’s adorable, but this stopped being cute for America a long time ago.  I don’t know what the answer is; that’s gonna take people smarter than me to figure out, but I strongly suspect that decentralization lies at the heart of it.  I do know that you solve problems by understanding them, just like you untangle knots by loosening them.  The heart of a spiritual practice — which I know, I always come back to, and no one wants to hear it, but I say it anyway — is to minimize the degree to which we are controlled by our programmed attractions and repulsions.  To become more calm and objective.  To be more steady, authentic, and honest, and less conditioned, reflexive, and neurotic.  I mean, the thing you didn’t see coming always approaches from your blindspot, right?  So what are you being discouraged from looking at, right now?

So, that’s all I’ve got, I guess.  I’m getting tired of watching The Powers That Be drag their nut sacks all over our collective face while we make apologies for them, and demonize ourselves and each other as a coping mechanism. 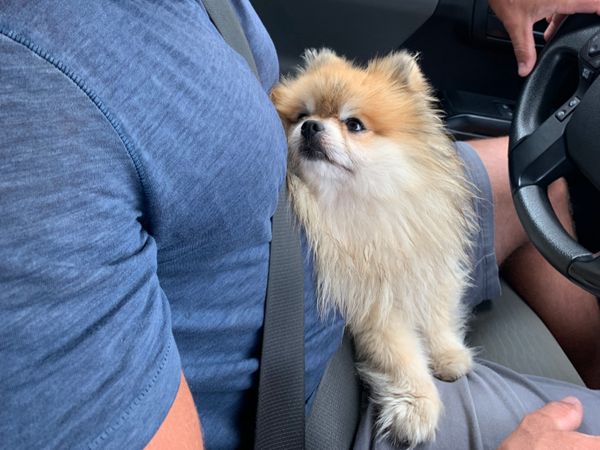 Welp, looks like you’re about seven times more likely to die from the COVID vaccine, if you get it, than from COVID, if you get it: The WHO says 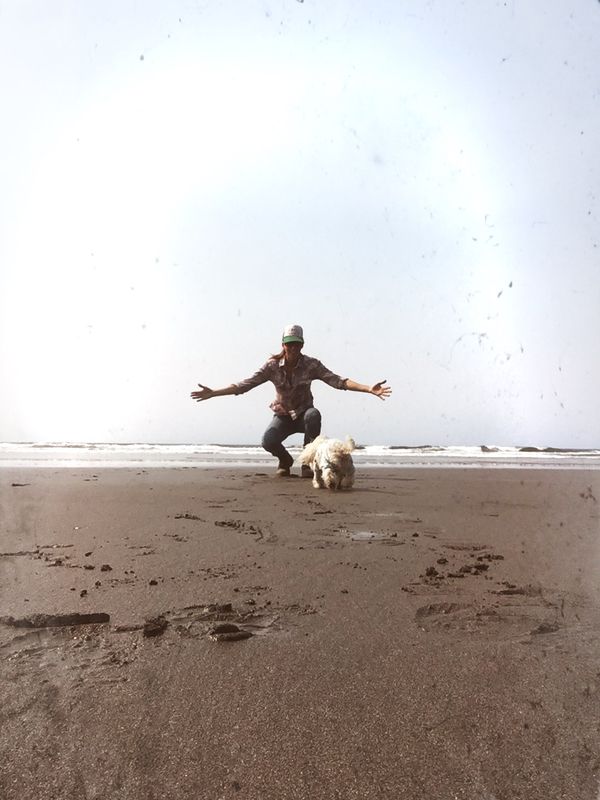 Today is a great day to focus on a deceptively simple energetic law that applies to all of us, here on earth.  You can frame the law a number of