Sigh.  I’m going to say something, and to anyone who knows my circumstances a little more personally, it’s going to sound like I’m taking something private and making it into a vendetta, but I’m not.  Here’s the thing:

If this vicious, highly contrived narrative (you know the one) were a predator (and it is), then its juiciest, most vulnerable prey is the American university-trained academic.

If this were a mass casualty incident — and it is — the academics would be triage category black.  Red is for the critically wounded who probably can survive if they receive immediate care; yellow is for the wounded whose care can be delayed pending resources; green is for the walking wounded, likely to recover.  Black is for those so badly injured that they’d soak up a bunch of resources and probably still die.

I know that sounds mean but I just can’t think of another demographic proven to be so uniformly without defense, in the face of this ideological attack.  To borrow a phrase, they have essentially spent the last year “mansplaining” to the rest of us why it’s uneducated and, in fact, a dangerous from of -ism, to disagree with any aspect of this thinly veneered dystopian agenda.  They have shown themselves to be easily maneuvered, while remaining remarkably confident of the opposite.  If the road to hell is paved with good intentions, then the road to the final Luciferian apotheosis of all things Rothschild is paved with academics.

The attitudes and platitudes that are cultivated within the university setting have the effect of rendering their hosts utterly secure in a literally gutless form of moral certainty.  Or have you heard?  It turns out, according to medical research, that our guts are these really important little micro-galaxies which produce, among many other things — hunches.  Visceral feelings, not easy verbalized despite, or perhaps because of, being so powerful.  The “enteric nervous system” acts as a second brain, and arguably a more truthful one, due to its pre-verbal nature — our intestines filter fact from fiction as humbly as they filter nutrition from waste.

Guess where all our feelings of racism, homophobia, transphobia, bigotry, and capitalism live?  In our guts.  Which is, incidentally, where our premonitions, insights, intuitive leaps, and source energy connections live, too.  Also deep stirrings of libido, compatibility, sexual attraction or repulsion.  Just basically all the important physical and spiritual self-preservation instincts that alert us to everything from white lies to impending collisions.

Our guts are outrageously un-PC.

A perspective that virtually every guru worth their salt seems to share in common is that our way upward lies inward.  We cannot “win” at anything by suppressing (among other things) the body and its knowing, its remembering, its vulnerable needing and feeling and being.  Our ability to caretake our own bodies predicts perfectly, and without judgement, our likelihood of caretaking anything else, whatever lip service we may offer.

Now, despite what you may have heard about Women’s Studies and the touchy-feely world of liberal arts, the university campus is no place to cop to gut feelings.  Don’t believe me?  Just go there and try it.  It ain’t gonna fly.  Universities have made it their business to cry wolf about increasingly minute forms of “hate speech”, and let me tell you: business is good.

The priceless, greatly underestimated gut instinct is the enemy of the university-trained social justice warrior, and — oh lookie there, it’s also the enemy of the Luciferian Rothschildenizing COVID brainwashing machine.  What’s that thing they say?  Oh yeah — “my enemy’s enemy is my friend”.

And that’s the story of how our country’s smartest, most well-intentioned people unleashed the apocalypse upon us.  Well — they didn’t unleash it, but they sure as shit did put their hands on their hips and roll their eyes and sneer at us about how we need to educate ourselves, constantly, in response to each new thing.  The helpless, unwitting prey to a predator designed, on purpose, to attack via their exact, collective, expensive, university-manufactured blind spot.  They worship anything that smells like an expert with credentials, because, hell, they’d better!  They traded all their fucking money and time to become one, right?

So, remember how I said we’re unlikely to effectively caretake anything, if we’re not effectively caretaking our physical selves?  And we’re unlikely to caretake our physical selves if we’ve pathologized the hopelessly un-PC gut, which is where a large chunk of our essential human impulses reside?  Is it any wonder that the process of intersectional identity politics collapses beneath its own ideological weight? What I’m saying is, do you want people who don’t have a relationship with their own visceral information system running the world and telling you how to live, or arguably worse — running cancel culture interference for those who do?

This is why Jordan Peterson, loathed almost universally by academics, recommends people make their beds.  Some people get that, and some people don’t.

I’m a truckdriver with a Master’s degree in the humanities, and from where I stand?  It’s pretty clear who’s being taken for a ride, and who’s doing the driving. 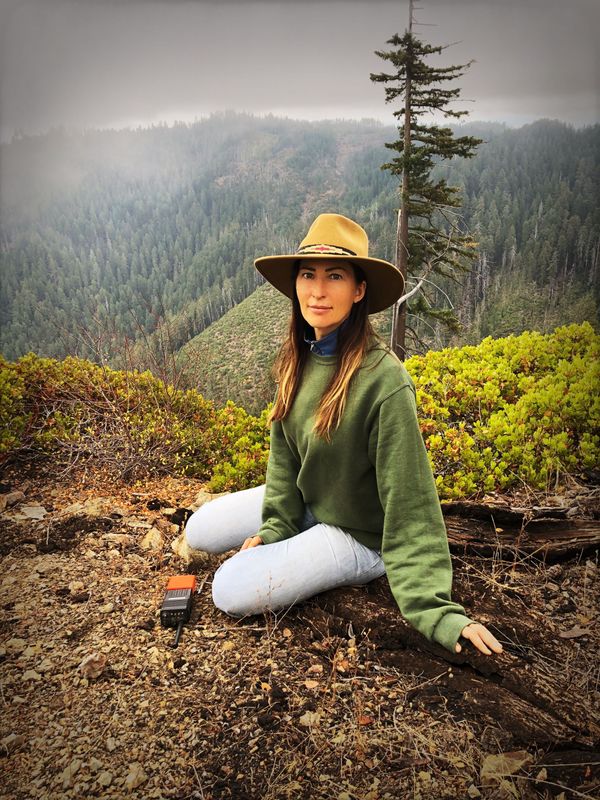 I’m glad I adopted blogging, as a written form, when I did.  The worst thing for a writer is when the project isn’t as relevant when you finish

Well that fucking sucked. Like many, I was immensely discouraged on the 20th when nothing happened during the inauguration of Joe Biden. No emergency alerts. No arrests. No MSM blackouts.