Brand new at bikini fitness posing, here, but apparently the whole skill rests upon your ability to  square your hips up to one plane, but then twist your entire upper torso 90 degrees to another plane, and then smile and flex.

Nick made us a spreadsheet yesterday, while I was watching posing tutorials, and now we’re all set to track our measurements and a bunch of other variables, for the whole year, as we become fitness competitors.  This will be Nick’s second rodeo but my first.

I’m excited!  I’ve done a lot of things in my life but I’ve never competed in a national bodybuilding federation event before.  I do like stages — reading out loud, singing, dancing, performing in whatever fashion, so that aspect always appeals.  And then of course, spending this year learning to radically manipulate my physical appearance will serve me well, for the rest of my life.

We don’t have a show date set yet, and we can’t, because all the 2020 shows got cancelled and none of the Federations even know what to expect from 2021 yet, obviously.  So it just doesn’t matter.  We have a long ways to go in any case.  I suggested that, if we’re going to prep for any show, we might as well do a handful.  Like three minimum, I’d say.  It’s a lot of work to get that bizarrely muscular and lean.

Also I’m wanting to keep good records and video/photo progress evidence along the way, in order to help out future plant-based competitors.  I think, however this goes for us, our experience will generate a lot of data — it’s the two of us (a male and female), both vegan, both primary reliant upon barbell, him in his early thirties and me in my mid-forties.

So yeah!  It’s getting underway.  We’re putting something in motion that will take a long time to manifest, frankly, but I already like the way it’s organizing our energies and inspirations.  If I can just get half my body to face one way and the other half to face the other way, I should be good, right?

One huge natural advantage I have, in my favor: I was born to walk in high heels.  I mean it.  I used to strap on my mom’s highest-heeled sandals, when I was six and seven, and strut all around the single wide trailer, and out onto the patio, where we had a huge, fragrant honeysuckle vine.  Just struttin’.  I don’t even think there was a learning curve involved.  I just saw the high heels in the closet and was like, “Oh — those go on my feet.”

I’ve been quite sad to lead such a flat-shoed life.  There was this one time, years ago, when my friend worked at Dillard’s at the mall, and Dillard’s was having a community fashion show, and they needed models, and I signed up.  I love doing anything like that.

So I showed up and got all outfitted in some rhinestone platforms and a slinky dress.  I’m not sure if the people choosing these clothes realized where they were?  It was Flagstaff, and some Chakos with sock-o’s and a pair of Carrhart’s would have been a lot more on-trend.  I mean, that’s what the audience was wearing, when I stepped through the black fabric curtain to the catwalk and got my first look at them.

Anyway, it was probably the best 45 seconds of my life, and I really wished I could do it again, or like all the time.

I don’t know if I’ve ever officially bemoaned this on my blog, but I was enrolled in tap and ballet dance class when I was a wee bairn, in Oklahoma, and was sensational and highly complimented by my teachers — and more than anything, just thrilled with it — but then we moved to the Navajo Reservation and none of that existed, there.

ANYWAY, my relationship to being on-stage for whatever reason has been kind of off and on.  So yeah, I think a more normal person might look forward to the year of physique-sculpting, but dread the stage part; I’m just the opposite.  I don’t want to do this and not be genuinely competitive.  When I look at the pictures of NPC bikini fitness competitors, it’s really hard for me to envision looking that way, but that’s the journey, of course.

Many of my metaphysical influences identify our physical body as realistically our most immediate and on-going creation.  They say it’s much less a product of diet and exercise than we realize, and more so a type of holographic projection, from a subconscious mental/emotional blueprint we’ve evolved.

The trick is, though, we don’t know how to manipulate our mental/emotional blueprint directly, and so we have to kind of do it backwards, through diet and exercise.  But this is why the results of diet and exercise are SOOOOO dramatically chaotic and unpredictable, from person to person.  I mean, Nick was in treatment with a guy (and we’re still friends with him) who could walk out onto a stage and win a bodybuilding show like every day of his life.  He eats literally whatever, mostly alternating between cookie dough ice cream and actual cookie dough, and is sort of active in a relaxed, explorative way, and just — lives his life.  Anomaly is an understatement.  And I also know people who work crazy hard at diet and exercise, and fail to move the needle.

So, whether an idea as woo-woo as our bodies being a holographic projection of a subconscious blueprint appeals to you or not, I think we all have to admit that gaining control of our physical variables can be a lot like herding cats.

It’s one thing to daydream about a better body, but it’s another to fully occupy the reality and feeling-place of a better body, WHETHER THAT OCCUPATION IS REAL OR IMAGINED.  That’s the deal, with conscious creation.  If you can imagine it so well that it feels real, it’s yours — it’s just that most of us are really shitty at that, because the sensation of lack is the primary condiment flavoring our imagination of things we want, and the lack is the exact opposite of what it feels to actually have that.

Sorry, don’t want to go too far down any rabbit holes with you today :)

But yes, it’s tough for me to honestly imagine how it will feel, and that’s the work, and that work is accomplished on both the physical plane but also the mental/emotional plane.  When one is stuck, you can use the other to ratchet it up, and vice versa.

I don’t know if I’ve roasted my same old chestnut lately with you, but have I mentioned journaling?  And that I think it’s a good idea, and I highly recommend it?  I’m not sure what other people journal about, or why, but for me journaling is a way to get a little more traction on the elusive process of my own imagination, and to use my imagination to kick the can forward emotionally, to raise my vibration.  It’s easy, it’s free, and it has zero side effects.

Welp — time for me to drink a protein shake!  Shocker.

You know I can’t post without adding at least something about current events, though.  So, it was observed some time ago that Hunter Biden has a bizarre back tattoo that corresponds exactly to the shape of the Finger Lakes in New York State, an area known for trafficking and creepy mansions I guess.  We could have all lived our lives not knowing this, but instead Hunter Biden had to take selfies of his back, his dick, his asshole, and like every other thing we never ever wanted to see or know about, and put it all on his laptop, so there you go.

Anyway, it gets stranger: Q post #1203, from back in 2018, mentions the Standard Hotel, a helicopter crash, and a west coast port.  Two days ago, a National Guard helicopter crashed near Rochester NY, tragically killing all three occupants, and oddly enough the crash was just miles from the Finger Lakes, to the northwest.

The Standard Hotel closed recently, which has been the site of a pedovoric scandal.  A protected witness alleges that in 2017,CA Congressman Adam Schiff raped a 10 year old black kid in his room at the Standard Hotel, who’d been supplied to him OD’d on crystal meth.  The kid died and Schiff freaked out.  A witness, several doors down, observed the subsequent churn, and Schiff had that witness killed several months later.  However, the rape was videotaped because the room had been wired — that’s the deal with all these people, they get blackmail on each other.  Apparently Nancy Pelosi has a copy.  Anyway, turns out there was another witness as well — celebrity chef Anthony Bourdain, who was in a nearby bungalow.  Bourdain conveniently commits suicide in the summer of 2018.  How did this witness, presenting the scenario, survive?  I don’t know — apparently he and his wife were both tortured, waterboarded with liquid detergent, and have permanent respiratory damage.

So the hotel just recently closed, finally, and now the thing about the port.  Maersk says they lost 750 shipping containers due to choppy seas.

What does it all mean?  No idea.  No amount of skepticism about Trump’s long game can distract me from the fact that the Q drops are eerily prophetic.  We will wait and see!

Love and light to you all.

Tomorrow is what we’re officially calling Day 1 of our competition prep, as per the spreadsheet!  And because you have to just pick some day, eventually, and call it 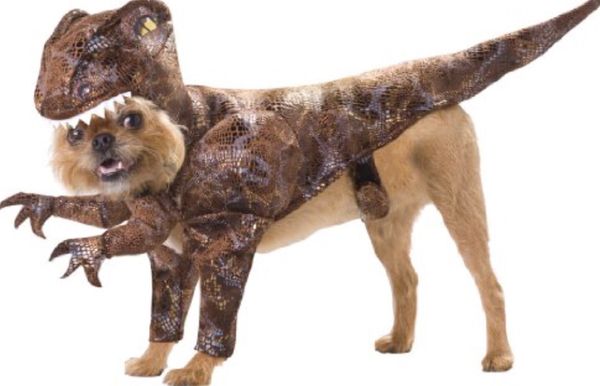 Ah, I feel so so good!  Nick’s off today and still sleeping, the roosters are engaged in their usual apocalypse, and my dad’s playing his keyboard with headphones