I don’t care how confusing the events of yesterday were, at the Capitol, and how alarming the d/evolving fall-out, I’m writing a blog anyway.

Nick is up and at ‘em, leverage trading cryptos.  It’s, ah, illegal in the US apparently — because turns out we’re *not* all about seizing the day with new financial frontiers…? — so you gotta get a VPN.

He made like $800 yesterday alone.  He made $75 just since I started this blog, several sentences ago.  It’s a shame he has to go to work soon and make $15/hr for manual labor.  I almost want him to call in sick and keep trading but he’s working for our friends building their Hawaii forever-home.

I want to learn to leverage trade but I gotta get a VPN of my own first.  I mean — you can make money by correctly betting things will go up OR correctly betting things will go down, so…is there ever not a good-enough market to make some money in?  This is insane.  I’m passably good at a lot of things and not super incredibly good at any one thing, but if I can add leverage trading to my list of things I’m mediocre at, that would be fine!

I don’t have my own VPN yet.  So, Bitcoin is almost at $39k right now, after closing out 2020 at $29k LAST WEEK (uh-oh, Nick reports he just lost $50; we’re still $25 up, though, and on our first cups of coffee).  I still maintain that my blog’s arguable charm rests mostly in the fact that I’m a regular-ass person commenting relatably (?) on things.  So, yeah, you could go to any nerd-site and have a subject matter expert voice tell you crypto things; meanwhile, I’m here in my Walmart sweatpants saying: look, average people can stumble into this and figure out how to hang on while it goes to the moon.  Props to my dad for getting us into Bitcoin, like four years ago.  His preferred genre on YouTube are the basement-dwelling kooks, and it just so happens that the basement-dwelling kooks were the ones talking about Bitcoin back then.

And there is frankly nothing that makes me want to buy Bitcoin more than seeing pandemonium at the Capitol.

Funny true story: okay so my former employer really screwed me with the retirement stuff.  They put me in a category with an amazing employer match — like almost 11% — BUT if I didn’t actually stay there and retire, which I knew I wouldn’t, because I can’t be that cold for that long, then I’d lose all the employer contributions.  There was another category with a lower employer match percentage where I wouldn’t lose all the contributions, and they said my window to opt into that had expired, but this was based on an incorrect hire date in their records, because I’d taken a non-benefits-eligible position before my real position.  I fought it and fought it and fought it, and me and this final boss bitch at HR were squaring off all the time, and finally in the midst of actually needing to do my job and live my life, I let it go.

Nick wanted me to sue or something, but I was just exhausted by it.  He said, “That’s so much money to lose, though.”  It was a loss of $18k-ish.  And FYI, I only worked for this place two semesters plus a third interrupted by fake pandemic so it’s not actually *that* much money we’re talking about.  But however much it was, the problem was that they’d take not only all the employer contributions, if I withdrew it, but also like 40% of what was left over.  Brutal!

I did talk to an HR lawyer at one point and he said, “Well, the only way you lose the money is if you take it out of the NM-ERB, and frankly it’s a good little nest-egg in there so why wouldn’t you just leave it alone?”

I realized in that moment that my real feelings — “I don’t trust the fiat currency to hold value or, frankly, to even be around, by the time I’m 65, and even if it is, I feel like I need to get this into cryptos sooner rather than later, where it can far, far out-perform whatever the hell Fidelity Mutual thinks they’re gonna do with it,” actually sounds crazy if you say it out loud to a financial normie.  So I just kind of verbally shrugged and said, “Yeah, okay,” and got off the phone, privately resolved to withdraw it and lose most of it but still put it into cryptos.  This was all in the context of being at a fire camp, this past summer, just trying to figure out the move to Hawaii, you know.

I finally had the ability to put the money into cryptos just yesterday — it took forever for New Mexico to process the withdrawal form, then turns out the notary forgot to put her notary expiration date, then it took them forever to process the corrected form, then forever to mail it to me in Hawaii, then I had to figure out a way to deposit it, and the whole amount after all the atrocities and taxes and dick-punches was like $6700.

But guess what!  I put $6k of that into Bitcoin and Ethereum late yesterday, and I’m already up a grand.  Suck on that, central banking!  I feel like I should send a portfolio screenshot to that bitch from HR.  Whatever.

So, I was listening to a Max Keiser interview yesterday, on my way back from the computer repair shop for the second and hopefully final time.  The interview was equal parts fascinating and unbearable — a real personality clash between him and the interviewer, plus I don’t think either of them is exactly music to the ears, on their own.  Anyway, he was saying that cryptos represent the new Space Race, in a sense.  Remember when Sputnik happened and the US realized it better get its ass in gear?  That’s the deal now with cryptos.  The US has been fap-central for central banking, which is just the shittiest possible manifestation of a good ole boys club.  Something like Bitcoin comes along and these financial pontificators are so busy pontificating about it for ten straight years, they can’t see past their own noses.  MEANWHILE, fucking Iran has been gobbling up as much BTC as it can.  Cryptos represent a way for small fish to become big fish, on the world stage, and the US had better start making up for lost time.

So, as odd an entry point as this may be into my feelings about US election stuff, here it is: I want Trump.  I don’t give a shit about any of this old way of thinking.  These normies are gonna normie us straight into an early national grave.  Nobody has time for this.  We have been so comfortable, resting on our corrupt, decaying laurels, flabby and reminiscent of glories past, rotting from the inside, the stench overcoming the perfume no matter how much more we spray on.  These Dems, these Rinos, these — everyone but the party emerging as Patriot — are jackals.  Big things are happening, fuckin trains are leaving the station, events are being set in motion that will determine the global pecking order for generations to come, and we need to have our wits about us.  We need a leader who’s a strategist, an opportunist, and who isn’t scared to crack a few eggs when it’s omelet time.  I am absolutely on the Trump Train, because that guy is going where I want to go.  I can’t say that for any of these other talking heads — to even make the comparison is laughable.

I was one of several people on a huge inflated doughnut getting pulled around a lake by a high speed boat, summer before last, and you know what?  It started off as fun but it became about, and only about, hanging on.  So then I just hung on.  That’s what this is.  I am not about to get distracted.  I don’t care what the optics are.  I don’t care how much and how deeply the MSM distorts the narrative.  I do NOT want us to be facing down Iran or facing down North Korea or facing down China with Biden at the helm, let alone Kamala.  And realistically, there wouldn’t BE any “facing down” — it would be a raised portcullis, a lowered drawbridge, and a red carpet rolled out, because that’s their next move.

So yeah, they can count their beans all day long, in Georgia, at the Capitol, wherever the Build Back Better Biden Ballot Bus delivers the next bushel of beans to be counted.  I don’t intend to go down on any ships, let alone the HMS Splitting Hairs.  If there’s a better currency than the fiat?  I’m gonna get some.  If there’s a better place to live than the mainland?  I’m gonna move there.  If there’s a better way to shape my body than treadmills and dieting?  I’m gonna barbell.  If there’s a better leader for the things I care about?  I’m gonna vote for him, and hang on for the ride.  Each of these things, just to name a few, is characterized by infinite critics splitting infinite hairs, in my rearview mirror, while I powerfully, and with gratitude, surge forward, enjoying big returns on my investment of open-minded pragmatism.

So, for anyone reading this, who’s curious, despite themselves, about the Trump Train or the Crypto Cart — don’t overthink it, man.  Just get on and hang on.  The speed’s about to increase.

It’s been almost two weeks, I think?, since I deleted my social media with the exception of Twitter?  Still feels real good, especially since Zuck is going full communist 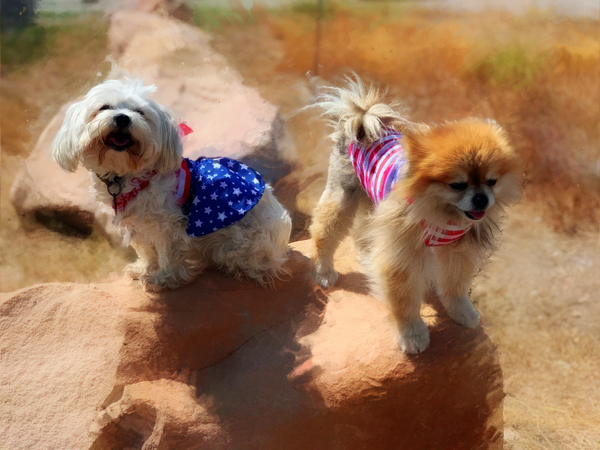 This has been an extremely difficult time to sustain my normal blog output :-/ I’m still sharing a computer with my boyfriend, as mine is still in shop, and