This has been an extremely difficult time to sustain my normal blog output :-/

I’m still sharing a computer with my boyfriend, as mine is still in shop, and the cryptos are going NUTS right now, so he’s been trading hard, which takes priority.  The shop is threatening to have fixed my computer again — we’ll see.

My attention is easily captured by this, that, and the other — legitimately — and even when I’ve crafted a really good draft about something that I think is objectively important, a new tweet will roll in from Lin Wood or something and I’m like — okay, now even I don’t care about what I just wrote, compared to that.  I care about a lot of things, but I care about declassification even more.

I’ve always been able to maintain a focus on what I consider to be as good an example of a psychological secret garden as any, in the face of stupid world stuff, political and social farts blowing this way and that.  But these are not farts.  This is, for lack of a better term, World War 3, but like…this world war is, to the others, what the digital revolution was to the agricultural revolution.

I’m reassured by Q and Qanon more than anything.  Otherwise I think I’d be nervous.  I mean…Canada, Australia, and the UK have pretty much fallen to totalitarian control, just to call a spade a spade.

Okay: here’s a thing.  People — even smart people, like Tim Pool — are continuously surprised that malign forces organize; whereas I’m continuously surprised that anyone is surprised by that.  This sounds silly, right?  But seems to represent the major rift between paradigms right now.  I am not a basement-dwelling kook, I am not a catastrophizer, I do not scour the internet for evidence of sink holes and flat earth; indeed I’m quite the pragmatist, as regards physical reality, and an optimist as regards metaphysical reality.  I can chirp through the world, with almost the entirety of my focus on my next meal, my next workout, and my next pretty dress, and still acknowledge that the concept of a Deep State just makes sense.  How could that not make sense?  To whom does that not make sense?  What have these people been doing all their lives, if the concept of a Deep State seems ludicrous?  I observed malign forces organizing in grade school — they were called ‘the pretty girls’.  I observed malign forces organizing in the National Guard — they were called ‘the people who didn’t want to work’.  I observed malign forces organizing in grad school — they were called ‘the people under the impression that scorn is a substitute for talent’.

You know who’s “at risk” for becoming a malign force, and finding resonance with other malign forces, and thereby organizing?  I’ll tell you.  It’s the people who live their lives at the intersection of Have and Have-Not.  You’ve heard that phrase, right?  “The haves and the have-nots.”  The people who chronically represent both are really fucked up, really needy, really likely to organize in an attempt to shore up the spiritual sucking chest wound they experience as their own ‘have-not-ness’, and really able to do so, thanks to their status as ‘haves’.  They’re too powerful to find relief in spirit but too spiritually bankrupt to find relief in power.  They’re like unstable molecules; they need to bond with something, anything, so they all bond with each other.  Now add tons of money, hundreds of years, intergenerational karma as it were, x y z, it’s fucking simple.  Malign forces, organizing.

Why is this controversial?

Anyway, that seems to be what people are tripping over.

So yes, I’m upset that presenting someone with a gun, a child, and a means to capture video seems to have become the standard recipe for initiating people upwards into the malign power structure through blood sacrifice, while also ensuring their continued cooperation.  Who needs a promise or a contract when their demonstrated willingness to engage in depravity multi-tasks perfectly as blackmail leverage?

It’s upsetting, but is it difficult to believe?  I don’t think so.  Look at the number of missing children.  Look at the laissez faire way the world has accepted that quite a bit of actual rape and sexual assault footage, of kidnapped women and minors, makes its way onto PornHub.  Like, newsflash: if you wanna have dirt on somebody strong enough to last their entire lifetime, no matter what pressures they might face or crises of conscience might arise, and (this is important) IN A WORLD that’s increasingly willing to turn a blind eye to really inexcusable behavior (CNN’s legal analyst masturbated on a Zoom call and it barely even blipped on the national radar!!) — a binding agreement that they’ll never, ever, ever be able to escape from — it’s gonna take something a little stronger than footage of them cheating on their wife with their fuckin’ secretary, you know?

I know the average person, all huffed up on MSM glue these days, is a fragile psychiatric patient indeed.  They’ll spin out on the slightest thing.  People standing on a corner holding ‘end the lockdown’ signs — they’ll go ballistic.  Election fraud — they’re off in orbit.  So yeah, I don’t know how they’re supposed to handle or tolerate or keep their shit together in the face of what is probably the worst news any of us have ever received in our lifetimes, that we are now beginning to receive, en masse.  But clearly Lin Wood has been asked to take point on the soft declassification.  He’s got a million Twitter followers.  That’s enough to seed the thought climate.  I went through my big mourning period this past summer, after the Wayfair cabinet thing finally made me look all this in the face (thoroughly debunked, by the way, and by ‘thoroughly’ I mean not at all, and something’s wrong with your medulla oblongata if you think that phoned-in, jazz-hands debunking made any sense).

Anyway.  It’s hard to focus on crafting good blogs because the ether feels like it’s swirling, moving really fast, and changing every minute.  And what’s real to me is not real to the next person, and vice versa.

But yeah, I guess there’s two things I don’t understand.  First, why are people so shocked that malign forces organize?  Tim Pool is all “Lin Wood needs to have his phone taken away,” with, like, apparently no idea that shit might be way crazier than he thought, and this might be his wake up call.  And second: if there is any possibility that kids are being hurt, why wouldn’t the whole world stop what it’s doing to check that out?  This is the real crazy pill right here, okay?  No one can believe it — pizzagate, Wayfaire, pedovores, whatever you wanna call it — because each person’s gut assumption is: no one would do that to a kid.  Right?  But somehow, at the same time, it’s NOT a red flag for them to watch the entire media, all of Hollywood, all the politicians except Trump Train, all of the fact checkers, all of the establishment, to immediately dismiss evidence that kids might be getting hurt, immediately vilify those who assert kids are getting hurt, consistently not follow up on evidence that kids might be getting hurt, and overall attempt to shift the public perception away from any issue around kids getting hurt?  Qanon is a terrorist group and pizzagate is a conspiracy and case closed?  All the celebrities that have come out and tried to speak to it, all the arrests, the fact that Epstein and Maxwell weren’t rubbing elbows with the down and out, those were the rich and powerful — somehow all that 2+2 doesn’t equal 4 for these people?

But Epstein totally killed himself!

Anyway: I guess all I can say is, I spent all of 2020 thoughtfully carving out my own impressions and perceptions about reality, based on what seemed most true to me — NOT based on whoever shouted their opinion at me the loudest, although much insight can be gained from those folks as well, but not really the insight they intended amiright — and writing those impressions down, for the most part, and I’m trying to keep at it.  It is really tough, right now, not to feel like these blogs are a piss in the wind, but I feel unsettled when I don’t offer something.

And the Mac store called and said my computer is done (again).

So…for those of you still reading, I salute you.  I’m sorry for my irregularity.  I have bailed on all social media except for Twitter — which is crazy, Twitter has the nuttiest nut of all in charge — anyway, I’ve largely cut myself off from my own support but it just wasn’t sitting right with me, the updated Zuck policies.

Times like these — when I’m trying to decide if this is, like…a political coup?  Or were there aliens waiting to adrenochrome harvest everyone, for Agenda 21, and we barely avoided it?  Or is it all China’s fault?  Or am I just so deeply and systemically racist that I can’t recognize that Kamala Biden represents the light at the end of a tunnel?  Or are we all about to ascend, or descend, depending on what we all deserve with our vibrations?  Or are we about to get Venezuela’d?  Or will I have to, like, shoot someone here soon, in my front yard?  Or what…?  Times like these, it does sound a lot better to just be one of those makeup tutorial vloggers.

But I will keep blogging.  It’s pretty confusing, but I’ll keep at it. 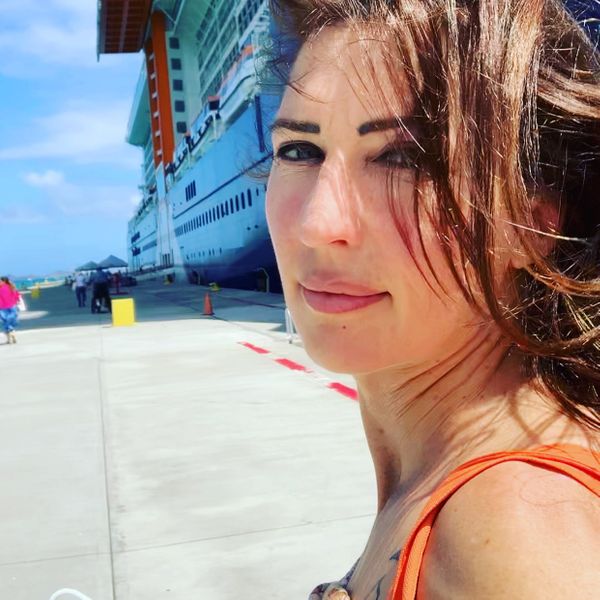 I don’t care how confusing the events of yesterday were, at the Capitol, and how alarming the d/evolving fall-out, I’m writing a blog anyway. Nick is up

It is the most human imaginable pleasure to wake up and write first thing, and once again, I feel so fortunate to be able to.  I don’t have to