“For two months we have focused on accusing the Democrats of attempting to steal the 20/20 election for Biden. We focused on the Presidential election.  We focused on the obvious.  Over time, we have learned that the Democrats were joined by CCP & other foreign countries.  We have also learned that the Globalists like George Soros & the Elitists like Bill Gates were involved. CIA too (no surprise – military industrial complex).  It all seemed so clear we overlooked one of the main participants in the theft of the election: THE REPUBLICANS. These groups aspire to the goals of Communism. A ruling elite & an oppressed class of people who exist to serve those in power.  When arrests for treason begin, put Chief Justice John Roberts, VP Mike Pence, & Mitch McConnell at top of list.”

So, Lin Wood is a lawyer who specializes in defamation suits, and so probably doesn’t go around casually defaming people without a lot of ammo to back it up.  He’s openly claimed that Chief Justice Roberts was a big fan of pedophile island, that Epstein helped him to adopt his two children (barf), and that Epstein isn’t actually dead.  I’d seen something about that, months ago — the corpse resembled Epstein but the ears were different, or along those lines.

The maybe most interesting part, then, is about VP Mike Pence, who resigned last night *according to* a self-described low-level nobody who works at the White House.  (You don’t have to represent the MSM in order to make baseless claims, but it helps.)  I’ve had a good feeling about Pence?  I mean, watching him classily crush Kamala this autumn was satisfying, at least.  But in the anon circles, there’s been stuff going around for a while about him (he’s dead, or a traitor, or a clone, or all three), and ugh.  You just never know.  It’s like both sides are psy-opping each other so hard right now, I might as well try to make sense of these roosters yelling at each other.

Meanwhile, Bill DeBlasio blocked off Times Square with armed police and then filmed himself and his wife dancing in front of a bunch of creepy props that the internet is already delighted to offer interpretations of, and his wife is wearing a mask covered in the pedophile symbol actually recognized by the FBI as the operative icon for Boy Lover.  Happy creepy af new year!!

And then, for what it’s worth, COVID deaths in the 25-44 year old age range represent 3% of the total COVID deaths, BUT deaths-in-general in that same age range are up 26%…because why wouldn’t they be.  Suicide, overdose, etc.

#filmyourhospital and #whereareallthesickpeople and a variety of related hashtags are trending, as people expose the cricket-cricket tranquility of their local ER’s and ICU’s and hospital parking lots.

Aaand, a pharmacist in Wisconsin has been accused of destroying 500 doses of the COVID vaccine, while hundreds of people are camping out in order to receive first dibs on the vaccine, in Florida and elsewhere.

I know what you’re thinking: is Hannah going to DC on the 6th?

So the short answer is no.  The longer answer is, we (myself, Nick and my brother) are all tempted to go, but because we don’t live on the mainland any longer we feel pretty hampered in terms of being self-sufficient for the trip, given that there will likely be problems with accommodations, staying basically warm enough, transport, food, bathrooms, and literally every goddamn thing.  It would be navigable with, for instance, Nick’s truck and camper shell and some good supplies, and definitely a gun or two.  We’re concerned, incidentally, at what a juicy target that’s got to obviously represent for diabolical powers that be, which is probably not the level on which this drama will play out, but it’s still worth considering.

Frankly the Nashville bombing on Christmas Day was unnerving.  Simon Parkes says it was intended to be much worse by black hats, but intercepted and mitigated by white hats, who killed the operative, removed most of the explosives, set the audible warning, and used the resulting explosion (no deaths) to create an official crime scene, preventing the Deep State from a second attempt hopefully.  The target was the AT&T building, which houses not only software but hardware records of law enforcement phone conversations and related evidence, going back to 1987, which would be incredibly incriminating for the black hats.

I grew up playing on the shag carpet with my My Little Ponies while the rabbit-ears TV broadcast dire images and narratives about the Iran Contras, the Sandinistas, Palestine, this that and the other, and I’m definitely not looking to have our country show up on the news the same way — bombed out buildings and people running in the street.

We had a very nice New Years Eve here!  William, Haley, and their two kids came over, and we all sat on the lanai and enjoyed the evening.  The fireworks were hot and heavy, here, concussions all over, and Abe brought out a big ole toy box of cool sci fi shit from the era of our childhoods, and little William and Arya were quite entranced.  Arya, especially, fell in love with this six inch tall Dahlek, for anyone who’s familiar with the original Doctor Who series, and the batteries still worked!  So, the Dahlek was delivering just the grimmest and most screechy ultimatums imaginable.  If you don’t know Dahleks, you’ve missed out on the campiest, best sci fi villain of all time, FYI.  Haley and I ended up wearing the exact same pants, with no prior communication!  What a funny thing!  I mean, we know each other in the first place through the Spell Sisters buy/swap/sell page, going years back, and just ended up being immediate neighbors through outrageously good fortune.  The pants in question are dark brown stretchy knit ribbed bell bottoms with a metallic gold sheen, and so here’s the really funny part of the story: apparently Haley put on hers, William said they were the most hideous pants imaginable, Haley said she was wearing them anyway, they left the house, got to our house, and boom I show up on the lanai wearing the exact same pants!!!  Obviously the pants were vindicated.

Anyway, it’s so nice to have made friends here, and not something I take for granted at all.  You’d be pretty impressed if you knew how long I can live somewhere and still not make friends.  Nick has been working on William’s job site, and they’ve become really close, and the job is building William and Haley’s forever-house so it’s a pretty big deal, plus Nick is learning all about insulated concrete form construction (ICF), which is ideal for this climate.  No mold, durable, low maintenance, and can withstand fires, floods, and earthquakes.  I mean, according to one website I looked at, an ICF house can be actively on fire for up to four hours and still be okay, if you just clean it up and replace all your possessions.  Which leaves me scratching my head: why don’t all these California millionaires build ICF houses, then?  I mean, they’re guaranteed to be on fire like every year.

Anyway.  It’s the first day of 2021 and I don’t know if it’s because I looked at too much news too early, or what, but the year already seems to be off to a surreal-feeling start.

And actually, speaking of surreal — we went to bed well before midnight, and in the middle of the night (through the obviously open windows, because it’s paradise here, hello), Nick and I could hear the concussions and whistling booms all around, still.  So then, much later, I became somewhat alert again and heard no fireworks, but only the roosters.  The roosters were really outdoing themselves.  I mean, to live here is to be immersed in the ambient, omni-directional sound of roosters, losing their minds at all hours of the day and night.

Later, when Nick and I were both awake, I said, “I wonder if the roosters heard the fireworks and were like: wow, what a lot of unnecessary noise.”

“Yeah,” Nick said, immediately seeing where I was going with it.  “They were probably thinking: it’s just the same arbitrary sound, happening over and over, for no reason.”

“They were like: what are they trying to prove?  And why are they being so obnoxious and loud and repetitive about it?”

We had a good laugh.  The roosters don’t know it’s a new year.

It’s raining and cozy and I feel happy as can be. 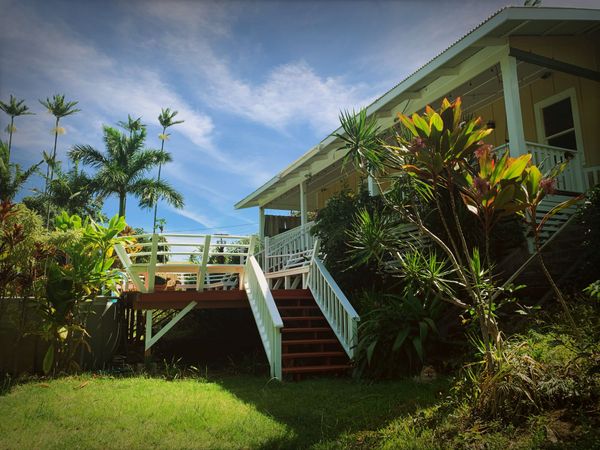 It is the most human imaginable pleasure to wake up and write first thing, and once again, I feel so fortunate to be able to.  I don’t have to 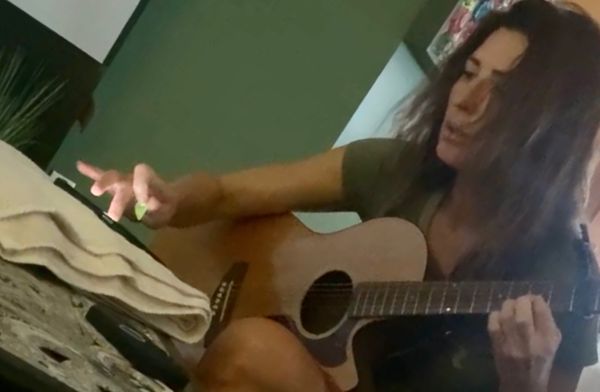 It’s the last day of 2020! Nick and I were lounging in bed last night, post-workout, musing that the idea of New Years Resolutions feels a little silly, right