The order of my day got all messed up; now it’s late and I’m trying to accomplish a blog for my own sake if no one else’s.  I feel a certain sense of wild abandon — everyone who thought there would be a blog today already stopped checking, and I cancelled all my social media so a bunch of people won’t even think to read it anymore, and it all feels like so much poetic license I can’t even contain myself 🙂

What shall I do with all my freedom?  Let me stream-of-consciousness!

So: it’s fucking crazy the MSM is going with a suicide bomber narrative for the Nashville explosion, when a parked RV emitted verbal, amplified warnings about an impending explosion for nearly 1/2 hour prior to the blast lololollllll.  You know those suicide bombers!  Always doing what they can to mitigate the loss of life and limb.

What else?  I guess the Dems are mad bc Trump signed the relief bill but redlined a bunch of the pork so it has to wait for 45 days, by which time shit will have resolved one way or the other.

I’m seeing more and more videos of people standing up to the tyranny.  Calmly, not calmly, nervously, adamantly, stoically, or on their last nerve.  There’s no wrong way to call a spade a spade.  Thank god I’ve had this blog.  Thank god I’ve had my family.  We’ve got problems of our own and I tell you what, living with my 77 year old dad right after a big transition that he didn’t really sign up for has been…a real role reversal…but we’re not out here, like, voting Biden and wearing masks in our cars.  I say ‘thank god for this blog’ because it’s felt necessary, emotionally necessary, to lodge a complaint, on some dated, time-stamped milieu.  The craziest thing is these people — okay, like the masked zombies surrounding the maskless woman in the CVS or wherever she was, saying ‘no no no I will not wear that, I’m done’ etc. — the masked zombies talk and act like they’ve been under the thrall of this narrative for, like, generations!!  Like, their fathers’ fathers’ fathers decided we all need to wear masks and it’s selfish not to.  You’d never think it was just ten months ago.  You’d never think that from how they talk.

You fucking sheeple.  And you know what you’ll do, when and if the forces of rationality and clarity and actual-ass information regain control of the epicenters of dissemination, and replace this rhetorical acid perma-trip with a bracing dose of 2+2=4, however many academics may claim math is racist?  You’ll distance yourselves from your own embarrassing level of compliance so quickly.

My friend Julie left me a nice long voice memo yesterday, because that’s how we communicate when we’re not in Cancun together or on a fire together lol.  Her family was in town for Christmas, from Wyoming, and she drove out to the Air BnB they rented so everyone could get together.  Guess what?  Masks!  That’s what.  And zero vegan food.  So they all sat down and absolutely annihilated a meal of meat and dairy, lowering their masks between bites — literally — while Julie’s vegan ass sat there, without a mask, or anything to eat, shrouded in silent accusation of not caring about her own health or anyone else’s.

My brother and I were walking the little dogs at the park this afternoon and observing that the word “conservative” doesn’t even sound right to our ears anymore.  The liberals, or the left, or the whatever you wanna call it, seem to have become the new…Puritans, I wanna say?  Burning witches, obsessed with mortal sins, fetishizing virtue along laughably narrow lines, and just generally being up their own butts as hard as they can be.  No sense of humor, as a foregone conclusion.

By contrast, the ‘conservatives’ — and here’s why the word doesn’t even sit right with me anymore — feel kind of free wheeling, spontaneous, funny, like a good hang.  Being conservative right now is like gaining entry into the national speak-easy, where everyone is having a good time and, you know, cutting a rug.

Ah.  Well, it is what it is.  And it doesn’t feel very conservative lol.

Anyway, fuck it with all that.  What about me.  I’ve had a great day.  I listed a BUNCH of Spell items on Poshmark, because I finally have my life and my closet organized enough to see what I’m dealing with and how I feel about it.  So, in what might easily seem like max female frivolity about clothes, the kind of funny thing about owning a lot of Spell & the Gypsy Collective is that it’s actually a better store of wealth than the dollar.  Everything holds its value, across the board, so you can always get back what you put in, but many things — many many things — double or triple or quadruple or quintuple in price, over time.  My most (eventually) valuable of all things, in fact, I just gave to Haley for Christmas because she looks so cute in it and appreciates it on all levels.  This is the Sundancer kimono in blue.  A quick survey of the Internet shows me that there are only two for sale in the whole world and they’re both about $1500.  So that was cool of me!  But it was absolutely worth it, to see the look on her face.  Plus, she’s my neighbor, so I can borrow it back!  But anyway, yes, lots of other stuff to offer for sale or swap, which has doubled or tripled or quadrupled in value.  It took a while for Nick to really track onto this because he was confused by the feminine frippery aspect, but now that he gets it, he gets it.  I can liquidate at the drop of a hat to the tune of 4, 5, 800 dollars, easy.  I don’t want to, because those things are pretty, but I can.  My friend Ouida needed to buy a car all of the sudden, sold her Spell, and bought it for cash $28k lol!  And she didn’t pay that at the outset, I guarantee you.  I kind of wish I could find a, like, Spell patron, who would…what’s the word?  Speculate.  Help me speculate at an even higher level…plus outfits.

Anyway, so I listed a bunch of stuff and already sold like 5 things for $700 and need to mail those out tomorrow.  I’m going to buy Bitcoin, without passing go or collecting 200 or anything.  Straight into Bitcoin.  It passed $28k!  I mean my god.  It’s sitting at $27k right now but DAMN.  All time highs, like, every day.  I have my Coinbase set up to purchase another $10 worth every week – I know, that’s like nothing, but it is what it is — and every week I see the email and I’m like “oof, price is too high right now to be buying Bitcoin but oh well, it’s automated.”  And then the price goes up!!  It’s a good thing I’ve had that thing automated, because psychologically speaking there’s no way I would have bought last week, or the week before, or the week before, or the week before.  My portfolio value keeps going up and up and I don’t know shit about fuck, I just try to buy Bitcoin when I can as much as I can.  And like everyone else, I’m kicking myself for not buying more — when it was FOUR THOUSAND DOLLARS,  a couple months ago — but you can’t get blinded by that, even.  We all gotta Robert Kiyosaki our asses up, if we wanna make it through whatever’s coming.  “The Everything Crash” he calls it.

Speaking of which, looks like our house in Flagstaff maybe sold?  Another thing fell through, at around this same point, a couple weeks ago, so we’ll see.  Someone else is like ‘wow, it’s my dream come true to live in a town with all four seasons, except the worse season is nine months long, but functional alcoholism will effectively divert my attention from interpreting that as a problem’.  Congrats!  I did a lot of work replacing that floor.  I hope you enjoy.

Our dad still wishes he lived there instead of Hawaii.

Omg the enchiladas are ready, so we’re going to watch another episode of the Thai high school drama, Hormones (very very good!) and then call it a night, despite my having promised myself I’d bathe and brush Buffy today, and here she is not bathed or brushed.  She’s a little smelly, and I snuggle her every night, so…tomorrow it is.  At least I blogged.

I don’t even know if I want Bitcoin to go up or go back down at this point!  I was prepared to be a millionaire in 2025 but omg I need more time.  Yes, please go down.  Let me sell off some Spell and buy some more and then go back up!

It’s the last day of 2020! Nick and I were lounging in bed last night, post-workout, musing that the idea of New Years Resolutions feels a little silly, right 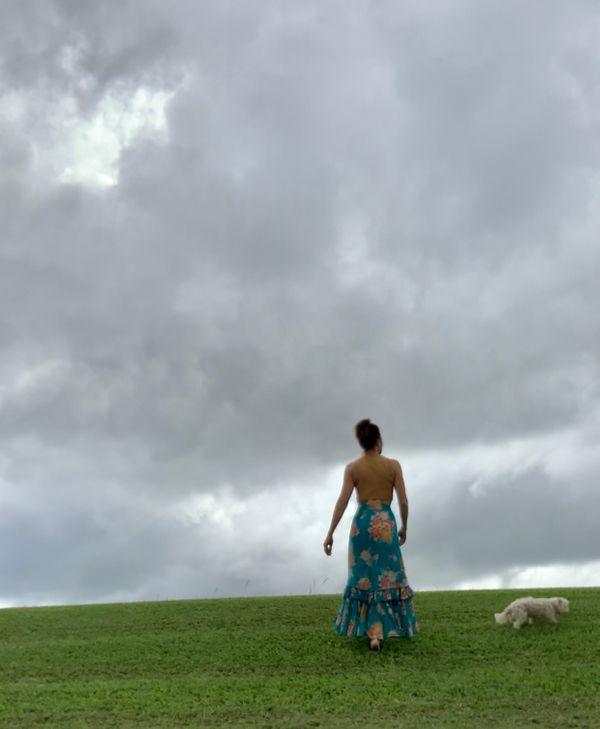 I feel a sense of deep peace this morning.  The parts and pieces of my inner kingdom are calm, like well-adjusted animals.  I’m not sure how meditation once a