Here’s a crazy thought: let’s say we’re successful in retaining our country and its Constitutional basis.  Let’s say a couple years go by and, in hindsight, it’s just obvious — I mean to everyone — that COVID19 was a nothing-burger, just a flu, most of us had it in late 2019, the case counts and death counts consisted of mostly manipulated data, the masks weren’t about aerosolized particles, social distancing wasn’t about transmissibility, the lockdowns weren’t about public health, the peaceful protests weren’t about racial justice, most of the Democrat party and a good chunk of the Republican Party had long since been compromised by China and, to a lesser extent, Iran, and likely by a few interests even more diabolical than those, and the events that played out before, around, and following the 2020 election served to prepare the very petard upon which these Deep State actors shortly found themselves hoist, and DIY at that.  Let’s say all that occurs and is now in the rearview mirror and we’re, you know, going about our lives.  Maybe it’s NESARA/GESARA and we all have med beds and Tesla towers, or maybe it’s not and we just have regular ass incomes and Thanksgiving dinner!  Whichever.

So; some kind of healthy normalcy is reestablished, and prevails.  But — you know what’s different?  There’s a time-stamped digital record of every crazy thing.  Let’s say I had gone full blown SJW, these last ten months, really feeling my white guilt, you know — doxxing people so Antifa can come to their home address, getting on the internet and casually typing “Racist, homophobic, transphobic BITCH IS WHAT YOU ARE” in response to someone feeling skeptical about the half-baked vaccine.  Let’s say I spent 2020 being a MSM-brainwashed puppet of the Deep State, spraying rabid spittle on the inside of my mask 24/7 in response to those rhetorical points issued to me by the ministry of propaganda.

Of course I’ll eventually snap out of it, right?  Of course I’ll want to quickly, quietly distance myself from those outbursts, particularly once it dawns on me that this has all been about one thing and one thing only: an attempted coup.  And I allowed myself to become a puppet, an unpaid foot soldier, a sleeper agent, of what I can now recognize as a really bad ideology, leveraged towards really bad aims, that would have devastated my family, my state, my country, and my world.  It was all fun and games when it seemed like the economy would never come back, we’d all end up on a UBI, and if any hierarchy did exist, it was certainly one of virtue signaling.  But what if I find myself back in reality, where I have to — like — apply for jobs, or go out and meet people and behave like a civilized human being again?  I’d feel this sense of anxiety and secrecy.  Like: holy shit, what was I thinking.  This is not the first time in history a huge mass of people have been successfully brainwashed — but it is the first time in history where we can’t all just skippety-skootch our way out of the signature digital paper trail we created, in the throes of our mania.  I mean, I guess if Chrissy Teigan can delete 60k pedophile tweets, so can everyone else — but since I can still see her deleted tweets on the internet right now (duck duck go, not google), I’m not sure how effective deleting stuff is.

Might there be an economic opportunity for digital PR remediation specialists, in 2021?  “Please, please, you have to help — make it look like I didn’t shit my pants for a solid year!”

Or let’s say I was that Oregon teacher who just went viral for losing her mind at lockdown protestors and has now, in fact, been placed on administrative leave.  (The transcript, in case you’re not familiar: “Bitch! Kill yourself! I’m a f***ing, I’m a f***ing teacher! I work at school! F***! F*** you! F*** you! I am a teacher! I teach students! My student’s families are dying!  Biden f***ing won!!!  Hi, Hi, Hi, Hi! (more unintelligible screaming.)”  She was meteorically triggered by the fact that people were protesting being out of work, indefinitely — and now she herself is out of work, indefinitely.  What about her?  How do you come back from that?  I mean, she better pray China annexes us.  Otherwise, damn.  She’s gotta spend the rest of her life being: that girl.  I wouldn’t give her a job.  All she had to do was just drive past.  Everyone else managed it.  She could have just driven right along, and thought whatever she wanted to think about it.  But no.  She, and those of her ilk, are like monkeys haplessly caught in what’s known as the “South Indian Monkey Trap” — where hunters put some food behind a small hole, in the ground or a tree, a tethered coconut, or whatever.  The monkey reaches in, makes a fist in the course of grabbing the food, and therefore cannot extract its own hand from the hole.  Now the monkey hunters come and simply club it to death.  The monkey could have saved himself at any point — or even avoided the trap all together.  Just like the teacher in Bend, Oregon, could have simply *driven past* the protest.  Just like everyone, everywhere, this year, could have maintained respectful modes of discourse on the internet and social media platforms at least, regardless of the ferocity of their opinions on any given matter.  But no!  They couldn’t.  They just couldn’t.  Because, none of this would be happening, if they could.

And the wind can’t really blow the other way.  Let’s say we do get annexed by China.  I don’t think that’s likely ANYMORE, although it clearly was the inevitable trajectory for a scary amount of time — and as more and more of that becomes clear to me, the more of my life flashes before my eyes, so to speak, and thank God for Trump et. al — but let’s say it happened.  I spent 2020 committing, as you know, actually original thought to the digital archive.  Dated, time-stamped entries proving that I thought this was all highly manufactured and clearly designed-to-manipulate horse shit, at the time.  So yeah, let’s say things go the other way and I and others like me are rounded up as dissidents and shot or something.  Well, that would be that!  That would be a large problem, but it would be an entirely different kind of problem from that faced by the Bend, Oregon school teacher, in the event of the United States NOT being annexed by China.  I think I’d rather be shot, frankly.  At least I can stand by what I said, and what I thought, and what I did or didn’t do.

I was kind of apologetic, in the earlier days of the blog (I started in April 2020), because I was still shellshocked by the vehement, petty, shittiness of people’s reactions — people that I’ve known for years.  I still had friends to lose and bewilderments to experience and crazy pills to make sure I still wasn’t taking, but eventually I gained my stride and stopped apologizing for not having this shit.  I wasn’t having it then and I’m not having it now because it’s simply not to be had.  And I’m grateful, of course.  ‘There but for the grace of God go I’ — something my mother always said.  It’s only by the grace of god I’m able to drive past lockdown protests without having a meltdown so big and so specific that I get myself fired from my job lmaooooo.

Okay one more thing about her and then I’ll stop, but this has got to be said: this whole year has been nothing but videos of white chicks melting down in their cars.  Screaming and crying, crying and screaming, going viral obviously but not for the reasons they intended.  I mean, if we all had a nickel for every vehicular white chick meltdown this year, we wouldn’t need another stimulus check.  Anyway: it’s against THAT backdrop that the Bend, Oregon teacher went viral.  I mean.  How are you gonna close out 2020, as a hysterical white chick in your car, with something so epic, so unhinged, so magnificently insane, that you not only equal but eclipse your peers in their previous efforts?  How?  It’s — leftist tears.  It’s the Biblical ‘gnashing of teeth’ of our times.

I continue to eagerly follow the sham election fallout, of course.  It’s not so much an issue of bringing evidence to bear?, as it is an issue of closing the escape routes, allowing everyone at every level to really get off the fence and commit to the level of fraud they’re willing and capable of, so that no plausible deniability remains, in the aftermath.  Quite a few movements remain, in this concerto, but my expectation is a January inauguration of Trump for a second term, or something in that ballpark.  The Insurrection Act is at play, the 2018 Executive Order on foreign election interference is at play, and I’d say it’s all going swimmingly.  I only brought that up to make the point that, upon Trump’s first inauguration, I was surrounded by teeth gnashers, and I was like “ok wow”.  I didn’t have much of an opinion except that I liked his victory speech the next morning and I felt alienated by the crying drama of people’s reactions.  I was on Stanford campus at the time, FYI, in Palo Alto CA.  This time, though, during the inauguration or whatever public event passes for that, I and my family will be ready, with revved up internet connections, to witness the gnashing.  I’m sure the virals will roll in steady, like breakers on the beach.  Fuckin bring it! 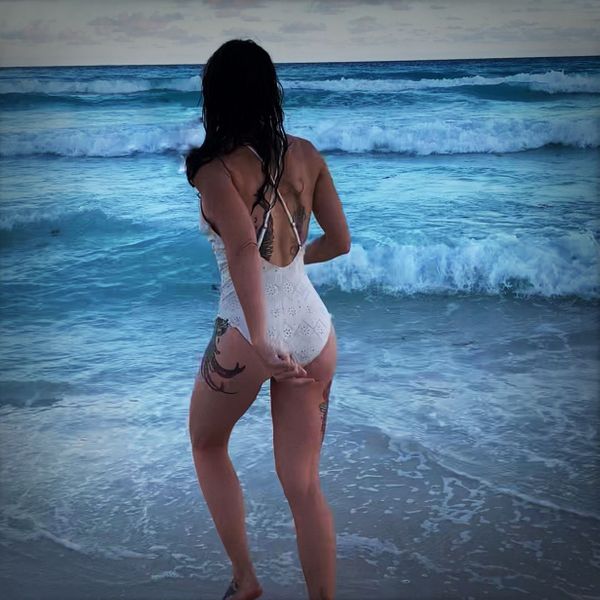 [Upon casual review, I notice this blog contains perhaps more f-bombs than the average blog, which is interesting — I discuss some emphatically-felt things here — but anyway it’s pretty crass 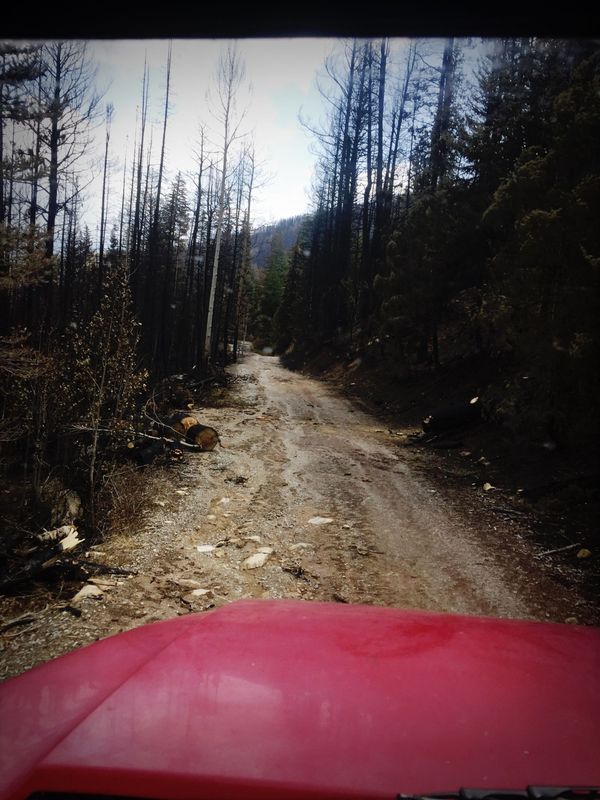 You know what’s funny?  Abraham Hicks sometimes refers to the Law of Attraction as, alternatively, the Universal Manager; an intelligence handling the actual logistics of events coming to fruition,