I was just sitting here, getting a read on my own thoughts and emotional state, and the first thing that jumped out at me is that I haven’t lost anything, this year, that I miss.  (The ability to move around the world without masks and social distancing isn’t a thing I’ve “lost”, it’s just a visible indicator measuring how compliant we’re all still willing to be.)  I’ve never liked the sense of relationships or situations being something that I have to keep on “life support” for them to persist.  2020 feels like every misaligned friendship that I’ve finally had the clarity to let go of, but happening all at once, and on every level.

One of my favorite movies of all time is Vanilla Sky, the American version.  It was based on a Spanish movie with the same plot and actress, actually, Penelope Cruz, called Open Your Eyes.  In the American version she’s a dancer.  In the Spanish version, she’s a mime, which I simply cannot brook.  Also, I can’t brook the movie not having Tom Cruise in it.  So far I’m holding out hope that the weirdest shit Tom Cruise has been into is Scientology, which is plenty weird, and not Epstein Island madness.  I just really like him, as an actor, and it would make me sad to discover otherwise.  I think my longstanding celebrity crush on Tom Cruise is one of the things that makes my boyfriend Nick extra irreplaceable in my life.  His longstanding celebrity crush is Jennifer Aniston, who I don’t resemble at all.

Anyway, in Vanilla Sky, it starts off in typical Tom Cruise movie fashion.  He’s young, ambitious, successful, and dating a gal (played brilliantly by Cameron Diaz) who would have broken the hot/crazy matrix, had it formally existed back then.  I mean, it’s always existed in some form amiright.  Then he meets DANCER — not mime, DANCER Penelope Cruz, who is a genuine artist, and makes him feel all the things that have to do with his deep, neglected, actual humanity.  The on-screen chemistry between Cruise and Cruz is — well, you just can’t fake that, I don’t think.  So you’ve got a basic love triangle set up, by the time you realize you ate too much popcorn, too fast.

So that’s where I’d say I was, around the end of 2019-slash-beginning of 2020.  Maybe some big problems, but problems I expected to solve along traditional lines, let’s say.

So then, in the movie, the crazy/hot girlfriend attempts to kill them both by driving at top speed into a concrete thing, which is shocking.  That’s when you realize it’s a whole different kind of movie.  She dies, but Cruise’s character is permanently disfigured, and now looks like a monster.

That was probably how I felt about the country and the world in, like, May?

Tom Cruise has a humiliating experience with Penelope.  She’s this kind, legitimately good person, right, and she pities him.  She can’t help it.  He’s pitiful — especially considering everything he had been, and everything they could have been together.  She’s like a starving artist, and he was a guy in the rat race fast lane, and they connected — she can’t fuckin’ take care of both of them.  He cannot possibly represent, to her, what he did before.  And so she cannot represent, to him, what she did before.  And worse: in his attempt to re-connect with her in the wake of this awful disfigurement, he tries to project his usual swagger, but obviously it falls flat.  He’s not that anymore.  He doesn’t know what he is, but he’s not that.

This was how I felt about everyone and everything in maybe like August.

So then there’s this revolutionary new treatment he can undergo, so he undergoes it, and when they take the bandages off, voila: Tom Cruise.  And forgive me, it’s been a while, but I think by this time Penelope has become the dominant reason for him to do, you know, anything, so he revisits her now with his new, restored face and she’s like “d’ermahgerrrrd” and it’s happily ever after.

Except it’s not, because how the fuck could it be.  If the person you want accepts you at your best but rejects you at your worst, at your lowest, that’s gonna eat at you, right?

Additionally, that surgery seems too good to be true.  Tom Cruise’s character himself is like — wait.  Even I don’t believe this.

And finally, things start glitching.  His reality starts glitching.  It doesn’t feel quite real.  And even if it is real, it’s not…you know…REAL.  It’s a return to what he wanted, but now that he’s got it, it’s not enough, because it doesn’t take into account what has occurred, and what that has caused him to know.

This probably symbolizes where I’ve been at the last couple of weeks, from just before the fake election to just after.  I think I had some hope that, if that one thing could get nailed down, the rest could sort itself out, or the worst could be prevented, or we could avoid the most dangerous question marks, I suppose.  I mean, I prefer my Revolutions in history books — not happening *to* me.  And if you think I’m talking about Black Lives Matter (can’t un-hear that sing-song) right now, you’re fuckin nuts.

So Tom Cruise stops running from the awakening, he stops trying to return to the glitchy shelter of his reconstructed face and candy crust life, which is really only a disconnected dreamscape of fetishistic yearnings, at this point, and instead walks *towards* what seems to be reality.  He has, you know, a conversation with a doctor, who’s projected into his experience, and learns that his psychological anguish was so great, following the initial rejection by Penelope, that he paid an enormous sum of money to be put under, into a dream state, populated with the reality construct of his choosing — a life with her, and with his own masculine beauty restored.  And that quite some time has passed.  And now he can choose to resume the dream, or wake up entirely, into a world that has become, by now, a total x factor.

He chooses the latter, and the movie ends.

And that’s how I’m feeling, this morning.  I don’t want to go back to anything.  And not only do I not want to, but I realize it would be futile, knowing what I know now.  And you know, I’m not putting any conditions or limitations on who or what might show up in my future experience; I’m just in a space of accepting, and continuing to walk towards reality.  My own illusion of anything governing our reality, besides resonance and momentum, has evaporated.  I can no longer explain the things that have happened in any terms except resonance and momentum.

The crazy/hot matrix of 2020 has been off the charts, right?

Anyway, now that I’ve come to this understanding with myself, projected backwards in a sense, the next logical understanding projects itself forward, almost without my effort.  And this brings me back to my first sentence, now: how tissue thin the paper tigers become, in the face of really any level of awake-ness, or consciousness.

The movie ends with this decision to embrace the really real thing, because it doesn’t need to tell us anything else.  Choosing to walk towards What-Is, is a condition unsuitable to future plot twists because you can’t twist that plot.  Imagine a movie where a character is just calmly determined to glean the truth of things, as best he can, and to respond immediately, respectfully, and accordingly.  You don’t have a fuckin movie, at that point.

So that’s what I’m saying, to myself as it were.  This power grab — whatever you wanna call it — is real, for sure, and like all power grabs, has the inclination to hit us where it hurts, in its bid for leverage.  It’s just that the question of “where it hurts” is more complicated than I ever realized.  Things that represented unbearable, excruciating psychological agony to Tom Cruise’s character at earlier points in the movie felt, later, and as his consciousness expanded and he woke up more, and on deeper levels — reasonably comfortable, really.  Less about what he wanted or didn’t want, and more about the deep, invisible things underpinning his reality, of which he discovered he would prefer to be aware.

So yeah, I just don’t know if a net designed to catch the sort of fish inclined to swim directly into the nearest net, is a net that will prove effective for fish with really any level of awareness.  Sorry – paper tigers, nets — competing analogies.  So, I think it’s of ultimate importance for all of us now to become a little more philosophical, actually.  The only thing to fear is a nervous temperament itself, which helplessly swims directly into the jaws of narrative, the shiny net of manipulation.

And as long as that’s always reasonably true, and choosing to wake up continues to appeal more than any glitchy dream, then we cannot possibly represent the target audience for such farcical lunacy as only lunatics would concoct.  Good lord. 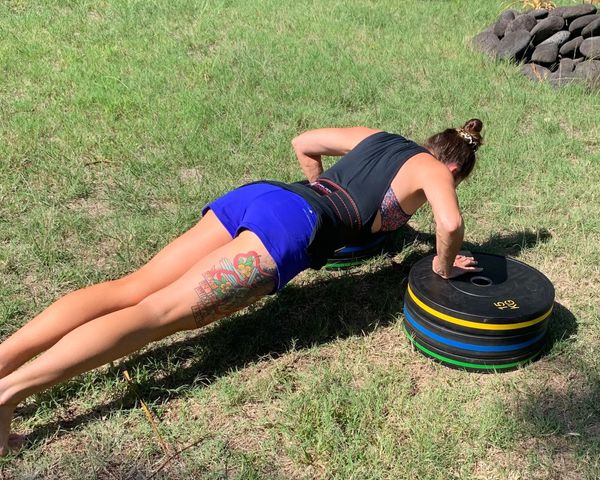 One thing I do feel optimistic about, in the wake, or continuing churn, or whatever, of the fake pandemic — or…whatever you call it when, in Oregon, you can’t 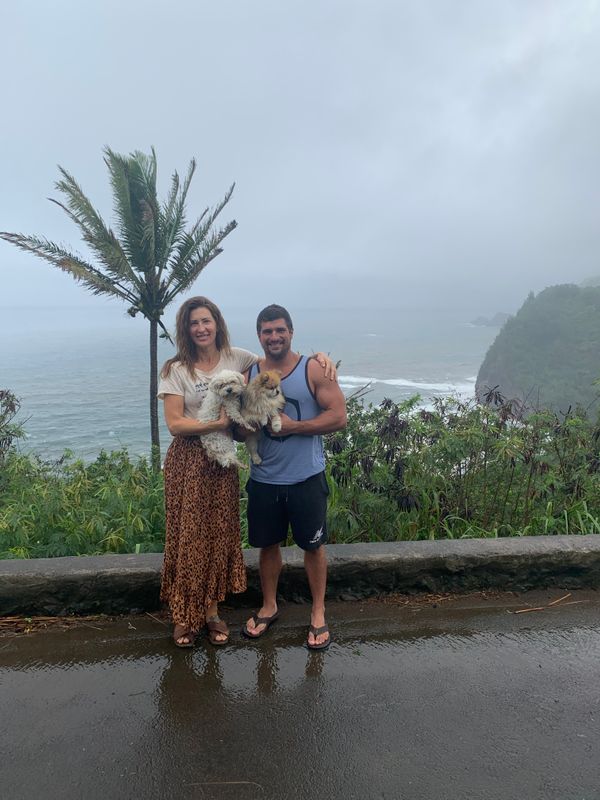 The Navajos see the rain, particularly, as a communication or discourse or conversation or sexual interaction between Father Sky and Mother Earth, which makes sense.  The two seem mutually uninvolved,