Just several weeks after an alarming leaked document from the Office of the Canadian Prime Minister revealed a diabolical level of butt-fuckery per the next phase of their operation — more lockdown, a police state, VERR ARE YOUR PAPERS!, an offer of total debt forgiveness *in exchange for* the relinquishment of private property, forever, a UBI, and conditional societal participation based on COVID vaccine digital/nano certification — Justin Trudeau comes out with it himself!!  Watch him explain, here, that the ‘Rona-related destruction of Canada’s economy presents a great opportunity to reset and give socialism a real chance: “ideas so good, they have to be mandatory”.

Those Canadians better drop their cocks and grab their socks.  And we might wanna start construction on a wall to the north, if we can escape our own tribulations with our economic paradigm remotely intact.

I can see, now, in hindsight, how we’ve been rendered so incredibly vulnerable to an ideological coup such as this.  We have academics who’ve been indoctrinated to think socialism is A) what we already have but we just need more, and B) the shortest distance between hungry people and food.  Well intentioned, no doubt.  And we have [everyone else] who hasn’t been taught any particular thing about any of it.  I’m a great example, probably, of that — a reasonably smart person with a reasonable degree of education who demonstrates an unreasonably vague, ambient, and hardly applicable awareness of socialism as a threat, and who feels just averse enough to the idea to get my ass kicked at a dinner party by a couple PhD’s.  Otherwise, I’m just kind of floating around going, that was all a long time ago, right?  We’re not really considering that, right?

So yeah — for a smart, accurate analysis of how and why the threat of socialism has returned on the American landscape, go any other fucking place besides my blog.

Sometimes, though, as they say — “from the mouths of babes” — and some people now and then have considered me a babe (it’s all relative) so maybe if I throw enough spaghetti at the wall, something pithy will stick.  I just can’t watch Justin Trudeau saying what he’s saying without lodging a complaint.

The anatomy of a motte-and-bailey logical fallacy: the “motte” represents a modest claim, easily defended, whereas the “bailey” is controversial.  The perp in this scenario intentionally conflates the two by advancing the controversial claim, having it challenged, and then “falling back” to the motte, all guileless confusion and doe eyes.  For instance, it might go something like this:

“The government has a responsibility to regulate disparate incomes above a certain ratio or threshold.”

“Actually the Constitution doesn’t say anything about that.”

“Well, you don’t think it’s fair that Jeff Bezos has 200 BILLION dollars when other people can’t even afford to eat, do you?”

I feel like I’ve heard the Jeff Bezos net worth argument more times, this year, than I expected?  And of course it is a shocking net worth, and does tend to have the effect of making me feel like, “well, idk, that’s kind of fucked up”, etc.  But then nothing after that point makes sense.

Here’s what I mean.  Do the people making this an issue then follow it up with some kind of plan to make the rest of us as rich as Bezos?  No, obviously not.  The people making it an issue hate money and hate themselves too much to even dirty their hands in those conceptual fields.

Do they have a plan for bankrupting Jeff Bezos?  Okay, two things here: A, if they did, I wouldn’t be on board because that obviously conflicts with my spiritual principles relative to Law of Attraction.  You don’t get more by taking other people’s stuff away.  But B, not only do these people NOT have a plan to bankrupt Bezos; they have a plan to shoot his already meteoric wealth into the fucking stratosphere, with chronic bullshit lockdowns where everyone but Bezos goes out of business!  So yeah, anyone spreading their pro-narrative, pro-lockdown garbage can just go burn some incense at the alter of Jeff Bezos as far as I’m concerned (I was  tempted to go with another analogy but trying to stay one decimal point classier, lately) — anyway the point is, GTFO here with your “but Bezos!” lugubrious ululations.

So here’s their real intention, when they hit us with the Bezos left-hook: to get us to say, “gosh, yeah, that is too much money!  I do think the government should regulate how much richer than me Bezos is!”  Bingo.

Except not bingo.  We just have a couple things that make our country work, and it’s important not to undermine them.  And one of them is the Constitution, and my education on that document is hazy — because I grew up in a United States where the tentacles of this planned socialistic indoctrination were already beginning to reach, and one of the main things they need in order to confuse and subjugate us is to dissuade us from reading our contract, to know what our rights are — but anyway, the Constitution definitely doesn’t have some kind of Robinhood amendment.

Is the Constitution perfect?  Fuck if I know — like I just said, I never studied it.  I’ve been cramming lately with some Hillsdale free YouTube lectures, but that’s hardly a leg to stand on.  Anyway, it’s my impression that it’s shockingly well-constructed.  Like an old movie that really holds up.  In fact we were all just watching Aliens last night on my brother’s big cinematic projector screen.  It’s one of my all time faves.  And it’s like — gosh, this movie came out in the mid-80’s and still only gets better.  An actual story, with actual characters: entertainment heaven.  We got sleepy and paused it mid-way, so I’m excited to get back to the second half tonight, and watch Bill Paxton lose his goddamn mind.

Anyway, you either believe the Constitution still stands as our policy and procedure manual, or you don’t.  And I think there are many nice, good, academically indoctrinated people who earnestly believe that it doesn’t serve us anymore.  And they can make many smart-sounding arguments to that effect, invoking the bogeyman of the Left, Jeff Bezos (as George Soros is the bogeyman of the Right.  You can tell which side you’re on by which one scares you most.  I don’t give a shit about Bezos but to me, Soros is the stuff of nightmares, so: there you have it).

So I don’t know if the Constitution is a perfect document or not, but I’m not interested in re-litigating it.  I’d rather adhere to it more, regulating less, returning to the very small footprint of those core principles.  Not because I’m educated enough or smart enough or anything enough to know that that’s the best thing, but — I guess I’ll put it this way: I accept that fuckin’ thing as the experiment we signed up for, the experiment I signed up for, by being born here, and certainly the people who intentionally immigrated here seem to accept it, so — let’s just accept it, and see what happens.  Apparently Jeff Bezos is one of those things that happens!  Okay.  That’s an acceptable thing to happen, in my opinion.  It’s weird, but it’s not, like, a Constitutional deal breaker.  I’m not gonna grab it by the tuning pegs and smash it like a guitar.  “Those ribbon-tied ponytail wearing FUCKS!  They wrote this Constitution and they KNEW we’d end up with Jeff Bezos!  AAAAAAGGGGGHHHHHH!”  I mean, good lord.  It’s not that big of a deal.  Bezos comes with many perks.

So yeah, I’m okay with just running this software on our hardware, indefinitely.  Not trying to overthink it or consider ourselves some kind of goddamn national HOA, bustling around adding little bit of this and that and the other until pretty soon no one can even plant a flower bed without permission.  Let’s just run the damn program, okay?

The proponents of socialism — who know better than us, certainly, and that’s why we must be manipulated and tricked into socialism, for our own good — believe that the Constitution is outdated and doesn’t account for modern problems and modern injustice.  I guess?  That’s my impression, anyway.  So they want to helpfully HOA our nation into their idea of a good system.

Okay, if you guys had any good system running anywhere, that you could point to as an example of what you’re talking about, that might be at least tempting — I still would’t be interested, but I might be tempted.  But what are you gonna point to?  You point to your own broken junk and then tell us that’s why we need socialism.  “Look at these homeless people shitting on the sidewalk in Pelosi’s district, has been her district for 30 years!  That’s why we need change!”  You guys have the worst-run cities, the highest crime, the poorest people, and it’s never your fault — it’s Bezos’ fault.

It’s just not a good argument, no matter how many mottes you put around your bailey.

And anyway, I would be TOTALLY FINE with people splitting off and going somewhere else and setting up their best idea there.  Write your own Constitution or adapt ours, and really try to make it good!  And then see what happens!  Probably what will happen is that your own theoretical populace will continuously massage the Constitution you set up to be a guiding document, for their own shortsighted and unknowingly self-sabotaging purposes, and you guys will just bureaucratically massage yourselves right into a brave new Gulag.

I think there’s some value in just sticking with the plan we got, and out of everyone I’ve seen criticizing it and trying to change it?  You’ve got nothing, nothing I want.  You’re not who I wanna be, you’re not doing what I wanna do, you don’t have what I wanna have, you don’t think the way I wanna think.  And that’s why your ideas are so good they have to be mandatory.  No thanks.

So look at this cuck, Trudeau.  Look at him: I guess when you sell your soul to the devil, you can smile those words into a camera and not vomit into your own mouth.  He’s not a leader, he’s not a visionary, he’s not anything at all but a shitty, weak, black-eyed pawn.  Thanks for your input, Mr. Zero Backbone.  I’ll definitely consult you next time I’m curious what a sell out, roll over puppet would do. 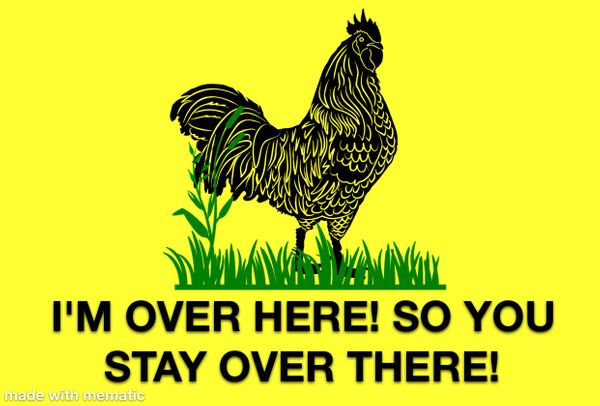 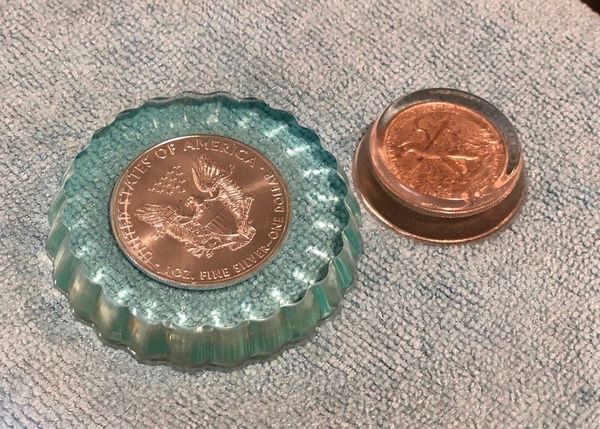 I had an interesting discussion with my family last night, on the lanai — we were speculating about whether interest/investment in cryptocurrency seems to be driven by people’s politics,