I had an interesting discussion with my family last night, on the lanai — we were speculating about whether interest/investment in cryptocurrency seems to be driven by people’s politics, in an underlying way.  Not many people we know are into cryptos, period, so our data set is limited.  But the only ones I *do* know are, for lack of a better term…Righties?  Or in that ballpark?  It’s a concept that seems to slide right off the liberal brain.

I don’t mean that in a shitty way — I would THINK that a hyper-focus on tyrannical power structures, and legitimate critiques thereof, would naturally align people with the idea of cryptos!  I mean, what’s more disempowering than having one’s entire life circumstances dictated by the same fiat currency inexorably driving the, you know, military industrial complex?  Plus, not everyone regards capitalism as evil per se, but those who take the most umbrage with American capitalism would be first in line, it would seem, to boycott the American dollar and exit the indentured servitude it implies.  And Lefties are all for global stuff, right?  Bad, mean nationalists, always putting the nation first.  I still don’t get why that’s an inherently bad thing, but I guess that’s how I ended up on the side of the bleachers I did, this year.  Anyway: okay, nation = bad, so you’d think fiat currency = also bad, right?  And therefore decentralized, un-nationally-governable cryptocurrency = good?

In short, there are a bunch of reasons — more and more as I think about it — why I’d assume Lefties, IF ANYONE, would flock to cryptos in droves, but they just don’t.  So, this must be a situation where one invisible but dominant ideology (and the dominant ones are always invisible) gets subsumed by an even stronger, even more invisible ideology…which is…something about money, and the active seeking of money, making you a bad person.  Dominant ideologies don’t lend themselves to being articulated, so bear with me here.  So yeah — people can be involved with dollars in all kinds of ways, but being involved in cryptos means one thing and one thing only: purposeful speculation.  Even people who just buy some Bitcoin and HODL it are still, ultimately, speculating.

So it’s really interesting to me that, somehow, aversion to that purposeful speculation is enough to outweigh all the, er, social justice ramifications of crypto.

Then again, recognizing that there are sometimes opportunities to personallyexit large scale dramas, albeit ones which do continue to embroil everyone else, is not a strong suit on the Left.

Then again, they may take issue, and very legitimately, that cryptos are the coin of the land, when it comes to the black market.

Then again, the black market’s OTHER heavy hitter is the dollar, and no one is objecting to acquiring and spending dollars for that reason.

And maybe I’m wrong?  Maybe Libs everywhere are up to their eyeballs in Ethereum, I just haven’t seen it.  I feel like, if they were, they would be, like…not Libs anymore.  Idk.

Anyhoo, Bitcoin’s been up over $16k lately; it’s at 15.9 right now.  I always get a little happy when it goes up, because that means my stuff is worth more across the board, but I get a little sad too, because that means it’ll cost me an arm and a leg to buy more.  I continue to buy $10 worth of both BTC and Ethereum every single week, ever since I found out that I’d be up by 800% if I’d been doing that for the last five years, dagummit.  But there’s no wrong time to pull your head out of your ass, right?  I want to be a master speculator, but the reality is I’m focused on other stuff, and so the compromise is to at least set up some form of ‘hey — it’s better than nothing!’ investing.  Every time I get my little Coinbase notification of another ten dollars worth, I’m like — oh yeah.  Better than nothing.

Robert Kiyosaki thinks we’re fucked, right now, with the dollar, and the way it’s been entirely separated from production.  He calls all the COVID stimulus/relief money “paying people not to produce”, and he calls a Universal Basic Income “paying people not to revolt”.  I wonder if you’d have to pay the Irish more, not to revolt, than like the average nationality?  That could get pricey.  Almost better to just, like, have an economy where you produce things.

Now, if these NESARA/GESARA rumors are true, that could change everything.  I really don’t know what to think about that.  What I can say for sure is that 2020 is the year where conspiracy theories tend to hold up and bear out, while mainstream narratives tend to get crazier, and then crazier, and crazier still, until you don’t think they can go off the rails any more than they already have, and then, unbelievably, they do.

Meanwhile the conspiracy theories are kind of like…well, the best analogy is probably that they’re like quirky, unpopular kids in high school — not the prom queen, not the star quarterback — but who go on to just slay, in adulthood.  Really attractive, really smart, really vibrant, whereas meanwhile the prom queen and quarterback are looking more and more haggard, going out to a bar called Scoreboards every weekend with their Affliction gear, drinking longnecks.

So it’s like you run into one of these old conspiracy theories and you’re like, omg, we had algebra together!  And you know what?  I just didn’t get you then.

So yeah, if NESARA could be a true conspiracy theory, that would be just great.  I feel like so many of the conspiracy theories are objectionable to people because, for one thing, they’re just so horrible.  I think, at heart, most of us would prefer an ugly truth to a pretty lie, but if it feels impossible to know what’s true either way, of course we don’t like to traumatize ourselves unnecessarily.  So that’s why the NESARA rumors are nice.  Debt forgiveness, as an indictment of the cabal-based system we’ve all been living under, and the enormous wealth recently re-seized from them?  Tesla med beds?  A quantum financial system?  A huge influx of wealth and value into all our lives?  That would be just great.  And it’s interesting to notice, right now, that everyone on all side of the aisle is concerned about justice, and the parasites that feed upon us.  But in my opinion, the Qanons are holding the biggest, highest vision for a reality free of parasites that are currently or at least historically so entrenched, it doesn’t even occur to us to shake them.  The real parasites are the ones that keep us pitted against one another, in an attempt to embroil us in endless conflict and suck more of our blood.  If we did shake them — yeah, that would free up a lot of money.  A lot.  And a lot of thing would change.

Well okay, I woke up at like 2am for no reason and have been dawdling around with this blog, among other things, and now that it’s almost dawn I can’t stay awake any longer.  Have a nice day, everyone. 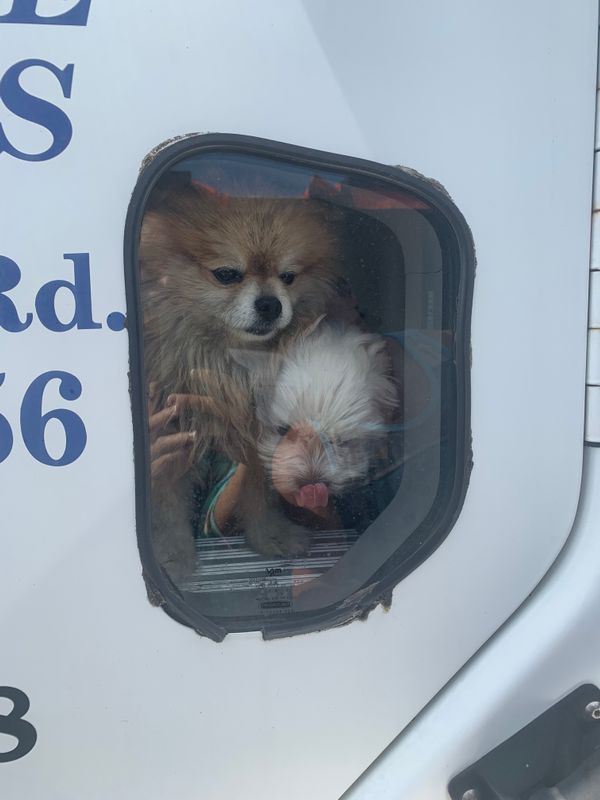 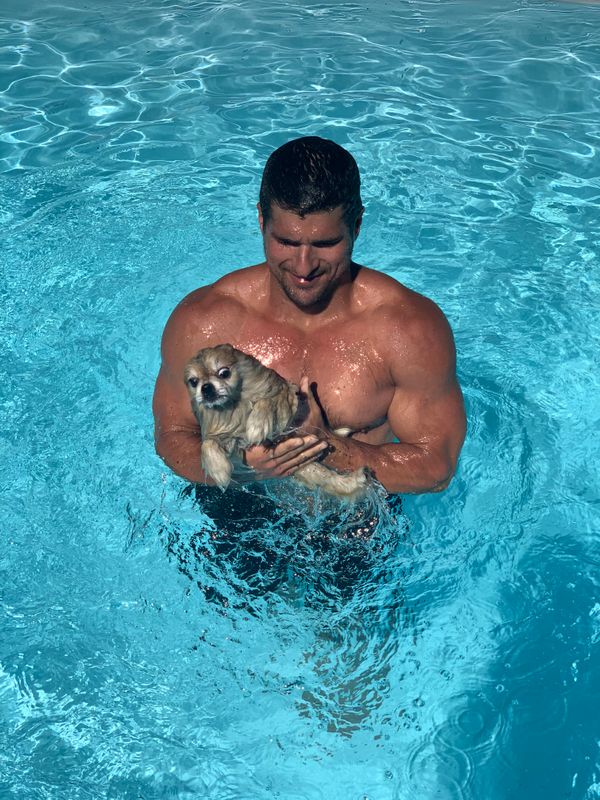 Here’s how awesome Hawaii is: I got up to pee and then couldn’t even justify going back to bed because it’s so beautiful out on the lanai.