It has not even begun to dawn — I wanted to get writing early enough to experience the full transition from night to day.  The house is dark and fresh with ocean air it spent all night breathing, double French doors wide open to the lanai (not a trip hazard in sight — empty as a bell).  There are other means of securement against animals or intruders (the weather being neither).  The same light, short, silky dress I slept in, plus a slightly heavier kimono thrown over it, felt just as good this morning as it did last night.

Anyway, maybe it’s boring, but I just can’t move on with any blog, about anything, without taking a firm moment to marvel at this feeling, this Hawaiian privilege, ha.  These people!  Imagine being from here and not even knowing how grateful you should be for that.  Imagine daydreaming of going to the CONUS because it’s bigger or busier or whatever they think, god knows, and then going there, and BAM, the air tries to kill you.  I would get off the plane, claim my baggage, go directly back to the ticket counter, and buy a return trip.  Oh I’m sorry — I didn’t realize they were being literal when they said “the air will try to kill you”.  The cold air; the hot air; the dry air; all of the types of air: homicidal.  I’m sure I’ll come to take this a little more for granted, life being what it is, but some part of my psyche will always be saying “hooray!”  I didn’t even complain, in my fire season blogs, as much as I wanted to, about the elements.  I was complaining on the inside.  And quite a bit squeaked out, I’m sure.

Well, big day today.  November third.  I understand records have been broken for international betting on this US election, having surpassed the one billion dollar mark.  The whole world is taking its popcorn popper out of the cabinet right now, getting ready for the show.

It’s incumbent upon me to mention the latest Facebook shit show.  Last week, I ran across the most epic video of all time: a praetorian guard of pro-Trump bro-dozers in Texas, flags flying, “escorting” the Biden/Harris bus.  Ahead, beside, behind: brilliant.  Wanna take this exit?  Welp, you can’t.  You can keep going straight, though; straight to hell, or straight out of Texas, whichever comes first.  It’s the most incredible thing I’ve ever seen, and almost makes this entire upheaval worth it.

Whereas normally we have a populace busy with their own affairs, and the machinations of a government where all the movers and shakers, on whatever side of the aisle, have to be, you know, PAID to act on behalf of their party, we now have instead: a populace deeply infused with the spirit of their party’s essential idea.  Interpreting and acting on that idea’s behalf, of their own volition and on their own dime.  This is true for both the Left and the Right, obviously.  We get to see how that essential idea plays out in millions of micro-scenarios, conversations, commitments, decisions, and per the interpretation of millions of Americans (the Left probably considers that a pejorative, because they consider everything a pejorative, per their party’s essential idea, but they’re still Americans).  Whereas before it honestly confused me why anyone would take the time to physically attend a candidate’s speech, let alone donate to their campaign, now my only regret is not being in the right place at the right time with the right bro-dozer to have joined the praetorian guard.

You see the competing ideas playing out in tussle after tussle.  The Left is the party of the Sucker Punch; their mascot is the Weasel; their logo: white knuckles.  They have, one can’t help notice, no honor.  But the idea of the Right is no stiff, easily bamboozled automaton, as we tend to consider the British troops in the American Revolutionary War when faced with the resourceful guerrilla tactics of the colonists.  The Right is our time’s Tom Bombadil, whistling away the barrow wights — jolly, whimsical, and utterly powerful in his element.  Fighting evil and having frankly a rather good time.

I laughed and laughed in sheer delight, encountering this video of the Texan praetorian guard, and obviously got it into a format where I could post it on Facebook.  I haven’t been doing much there, for one reason or another, but some things simply must be shared.  So, within minutes, this comment was posted: “Seriously?  What if they had caused an accident and someone died?  YOUR PRESIDENT is promoting violence and unrest.  When he loses, a civil war will be started by right-wing extremists and they will start killing other Americans just because they don’t believe what they believe.  #DisgustingBehavior.”

Obviously I responded, “You forgot to call me a racist,” but more to the point, let’s analyze a few things here.  First off, this individual who posted the comment is a phenomenal lead guitarist, singer, and as I recall reasonably okay songwriter, and we used to play in a band together.  The band was all Tucson rednecks, okay, and I was like this weird vegan element no one knew how to think about.  I mean, to the extent that something as simple as being vegan deeply confuses people, it’s to that same extent they are quite unsophisticated along certain lines.  And in this context, I assure you, my veganism deeply confused these people.  In fact the fiddle player’s kids weren’t allowed to talk to me anymore after one particularly notable interaction, over at his house for practice.

The young daughters told me they’d sold their first calves at auction, that weekend.  I said, Oh, how did that make you feel?

They said, Good, that’s what our parents and teachers were excited about.

They said, Actually it was kind of sad, though.  No, I mean not sad, but…it was weird.

They said, Well — (and looked at each other guiltily) — we raised them from babies and now that we sold them they’re going to kill them, and Jessica was crying but Dad told her not to cry —

Jessica said, No, YOU were the one that was crying, I was only crying a little —

Anyway, Dad told us not to cry but we miss them.

I said, Yeah…it would be nice if they could have stayed with you, since you became such good friends.

Jessica said, I KNOW!  I miss petting her —

And at this point their mom, Lucas’ wife, came over and firmly put a stop to the conversation, and would run interference between me and them in future band practices.

Anyway, having established that, let me just say that it’s odd now, since the band was all entrenched rednecks, and I was [whatever], to be having this interaction with this individual now.  I mean, I never saw the guy drive home from a gig sober.  Not once.  But what if someone got hurt?  Didn’t fucking matter, I guess, because zero brakes were being pumped on any part of the pattern.  I drank too much at gigs as well, because I was fucking miserable in this redneck cover band, but also because I got rides to and from gigs with the actually quite intellectual bass player, who didn’t drink.  So yeah, I wasn’t turning my car into a booze-soaked missile three nights a week, unlike some people.  So the “what if someone got HURT?” accusation is falling a tad flat for me, with this guy.

So next thing: both my friends Kanani and Rich, now, have speculated that people are being MK-Ultra’d, or something, through their TV’s.  I mean, here’s what it’s NOT like: I’m NOT encountering the usual variety of people, reacting to their usual variety of thoughts, in the usual variety of ways.  Which is strange, because that’s always been the case before, right?  It’s not just about people’s politics — it’s about their emotional energy when they react to things, how dependent they feel their livelihood is upon those things, what emotional wounds they have or don’t have — just a million different people being a million different ways.  That’s what I consider normal.  What’s deeply not normal, to me, is finding out that almost everyone I know has had the same doll voice box installed.  You pull the string and they all say the same thing, with the same vehemence, apropos of the same nothing.  It’s fucking suspicious.  This chronically drunk driving, musically gifted redneck speaks with the same voice as the nineteen year old head of the NAU Young Democrats, who speaks with the same voice as the retired postal employee former friend of mine I’d always see at the cafe, who runs rivers now, and he speaks with the same voice as [x y z], on and on and on.

Finally: these panties in a bunch about right-wing extremists.  Obviously the drunk driving musician concerned about everyone’s safety went on to post numerous links to substantiate his claim, and all of these links went on to describe anarchist, anti-government militia elements doing, actually, not that much damage, over the course of the last five years.  Like, nearly a 1:1 ratio of “terror attacks” to victims — sounds like homicide to me, or dumbass gang warfare.  But since these homogeneously brainwashed-Left people have had their ability to distinguish between a Trump supporter and an anti-government anarchist erased, they insist upon having entire arguments about the wrong fucking thing.

I want to say more, but Nick and I are headed to an AA meeting in Waimea and I gotta brush my teeth and not put on real clothes!  Okay bye! 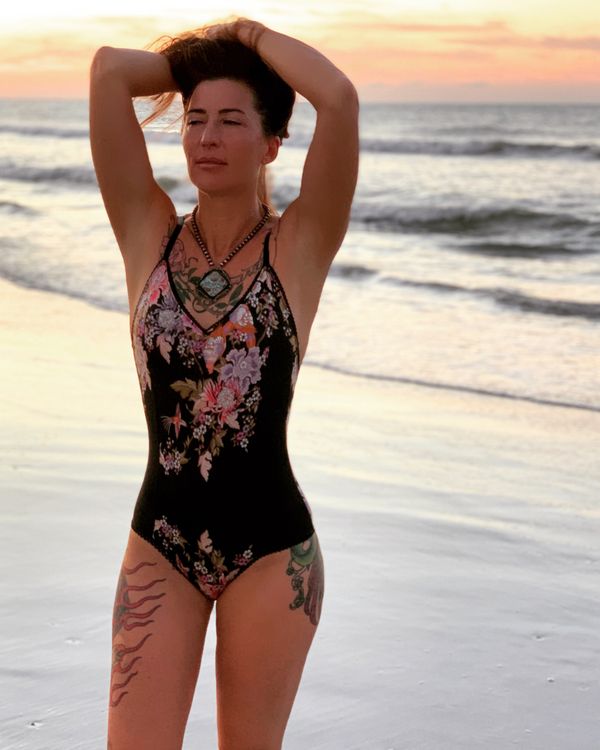 I don’t know who’s President yet, just to get that out of the way.  Everyone knows how I feel about it by now, I think. So that’s 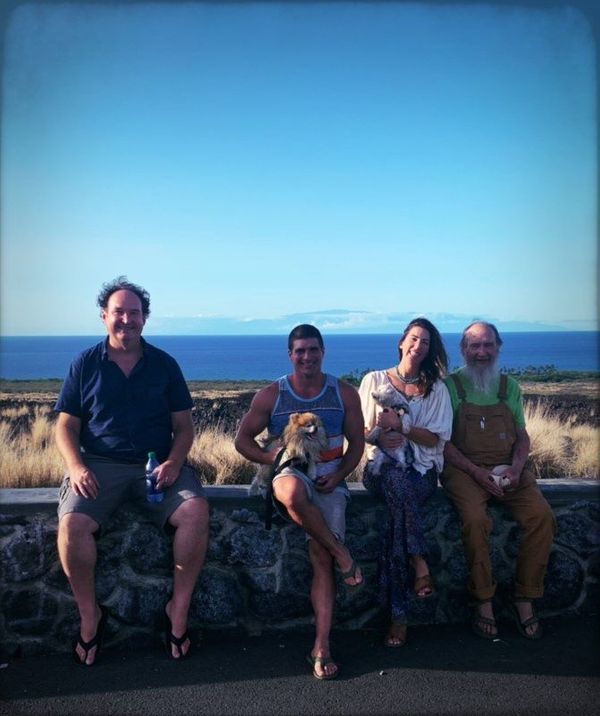 Got to Hawaii; writing now from our “lanai”, which is a term so common it would be awkward to soldier on with the more mundane “deck”.  Only one rooftop visually