Working at a mobile shower is how I know I don’t care about showers as much as other people.  I wouldn’t go without an extra hour of sleep, or drive out of my way, or even walk very far across a camp for one.  The seasons when I drove fuel truck, I always volunteered and even suggested that I be sent out to remote spike camps; often an unattractive choice for most personnel because they didn’t have a shower.  Spike camps naturally contain fewer psychological allergens for me, and the presence or absence of a shower just wasn’t a factor.

So now it’s funny that I work for a shower because I could shower my brains out, theoretically, every day or multiple times per day, but I don’t.  I’m on an every other day-ish rotation, just because it’s right here.

I think showers feel helplessly regimented to me.  Whether you really want to, or need to, or not, you feel compelled to go through this whole list of activities — shampoo, conditioner, face soap, body soap, all the rinsing plus maybe brush your teeth.  It’s supposedly about getting clean, but it’s really about products and a compulsive sort of dance.  And showers are so obviously utilitarian — you wouldn’t just stand there, *not* doing your compulsive dance.

I have totally different feelings about baths.  I would take a bath every day if I could.  It might be about getting clean or it might not.  It’s been months and months and months since I’ve had a bath.  They don’t even make houses with bathtubs any more, it’s like trying to buy a new vehicle with a stick shift — an obsolete luxury.

In a bath, you don’t do a compulsive dance.  Even if you do end up washing something or other, it arises organically from the larger context of soaking, and the completion of any specific bathing by no means signals the completion of the bath.  I stay there as long as I can stand it.  And then, my favorite thing to do after a bath is get into a big thick robe, walk to the bedroom, lay down in bed, and only get up when I want to, not because I have to.

I’ve never ever ever in my life lived in a situation where I had easy access to an even broader array of water options than “shower or bath”, and frequently less (short shower or long shower), so living in a house with a pool near the ocean will be fascinating.  I do like getting into water!  Our house will have a salt water pool, so there aren’t even chlorine drawbacks to consider.  My favorite swimming pool activity is to get in, get out, dry in the sun, repeat ad nauseum.  I don’t know why, I just love it.  Same with the ocean I suppose, although my experience with the ocean in a truly balmy climate is much more limited.

I do know how to swim, in a basic way.  I don’t know how to swim the right way.  My mother was a strong swimmer and tried to teach me, but I wasn’t having it at any age.  I never understood why it had to necessarily involve my head going under water part of the time.  If I can swim with my head above water all the time, why would I not just do that?  I mean think about it.

Nick and I snorkeled in Hawaii in March and I talked myself out of panicking.  Snorkeling is certainly worth the discomfort of having your head underwater, but it’s by no means natural to me.  In a hot bath, I do like to prop my feet up high so I can have only my face above water, alternating with lifting my shoulders so I can get all my legs in the water.  I haven’t been able to fit all of me in the bathwater since I was about seven so it’s always a triage.  I’d really love a big enough bathtub to actually soak all of myself, but these days you’re luck to find a bathtub at all.

I can hold my breath without holding my nose, haha, and I can swim underwater for a little bit, but I’ve worn contact lenses forever and I don’t open my eyes underwater.

It’s more important to me to be warm than to — well, anything — so I could live on the coast for a hundred years and probably never get in the water, if it was a cold or even moderately chilly coast.

This one guy at the shower heard we were moving to Hawaii and immediately counter-suggested we move to the Oregon coast.  I managed to gather my wits enough to politely defer, and I did say it’s cold, and he did say, “It’s not that cold,” and we agreed to disagree, but I was like, motherfucker I’ve been to the Oregon coast.  I was on a fire out there for weeks, cumulative months across two seasons, not right on the coast but I had to drive down it to get my fuel every five effing minutes.  “It’s not that cold.”  I have a picture of Buffy, huddling miserably in the sand on the coast of Oregon, in August.  I would kill myself if I lived there.  He meant well.

What’s even worse than a coast with no sun is a sun with no coast.  I have swimsuits with about zero miles on them, just rotting in my possession.  They’re going to come online soon, but you have no idea how much I haven’t swum, or splashed, in my Southwest native lifetime.  I mean, decades of not splashing.  First of all, grew up on the Rez.  I have an old black and white photo of me and my friends climbing for our lives, back up onto a big flat rock, after rolling around in the muddy and intermittent waters of Canyon de Chelly, and I remember how gritty and cold it was.  I have no idea how we accomplished having pictures of anything back then, it’s honestly a miracle.  This was like ’92 or whatever.

Then, years in Flagstaff.  You can drive to Oak Creek Canyon!  Oh guess what, Oak Creek Canyon is freezing fucking cold and full of e-coli.  And there are surrounding swimming holes.  They’re exactly what you’d expect.  I do like hot springs, and I wish I’d made more of a study of those through the years; they’re always worth it.  One discovery I did make, years ago, was that you could reliably infiltrate the hot tub at Little America, in Flagstaff, and so I’ve spent many many hours soaking there, through the years, both with friends and solo.  Last I checked, though, they really tightened up security and you can’t get in anymore.  End of an era.  They can go ahead and put concertina wire up all around it now; I don’t care, I’m moving to Hawaii.

Another reason I think showers are psychologically off-putting just occurred to me.  I love these other forms of getting into the water, where it’s obviously for fun or relaxation, but showers feel like this quiet demand.  It’s not just a demand to do the compulsive shower dance, but also you feel you’re supposed to do all this bullshit afterwards, especially if you’re female.  The shower is the foundation of the outward-facing structure of yourself you build to handle the world that day.  That’s really fun once in a while, like before going to the country bar or something, but every day is just exhausting.  It’s ritual self-abuse, when you have a M-F job especially.

I’ve always been most interested in beauty solutions that are permanent or semi-permanent, ie I don’t have to put them back on after a shower — I got a perm and threw out my old hair styling appliances, and for years I’ve had permanent tattooed cosmetics (eyeliner and brows) rather than pencils and powders.  I epilate rather than shaving.  None of it looks *as good* as well done hair, makeup, or shaving does when it’s fresh, but I never look as bad as I would without doing anything, which is exactly what I would do otherwise.  I know myself.  I used to get these cuts and colors and my wonderful stylist, Regan, would show me how to blow it out with the round brush and stuff, on my own, and I was like “yeah none of that is going to happen, let’s be honest”.

I think that’s why the world is so in love with beachy boho sensibilities.  In a world where we’ve erected so many arbitrary fashion expectations that people literally solve imaginary problems by buying clothes that promise to take you from “day to night” — and I mean, this has nothing to do with weather or temperature, it’s literally just like…people expect you to look like a downplayed version of yourself when the sun is out?  And a vampy version of yourself one minute after the sun goes down?  And some people commute too far to pull that off so they buy things that can signal ether way?  I mean, this is some crazy shit — anyway, in a world where THAT’S, like, collectively operative, oh look instead at: beach culture!  Beachy girls.  Did you just get out of the water?  Or are you on your way to get in the water?  Is that your nightgown or your evening gown?  Is that bronzer or are you just sunburned?  No one knows.

I think the great unspoken truth of our time is that women don’t actually look any prettier fixed up than they do au naturale.  I love makeup and feminine artifice, so I’m not discouraging it by any means.  I like the way beach culture naturally limits the level of artifice that’s reasonable, simply by threatening it with immersions in water throughout the day.  Again, that’s where this early am shower followed by ritual self abuse, to the point of emerging from one’s home like an unrecognizably iridescent armored beetle, feels like such a tedious expectation to me.

Wow, I had no idea I had so much to say about that!  What a funny blog to have written this am :) 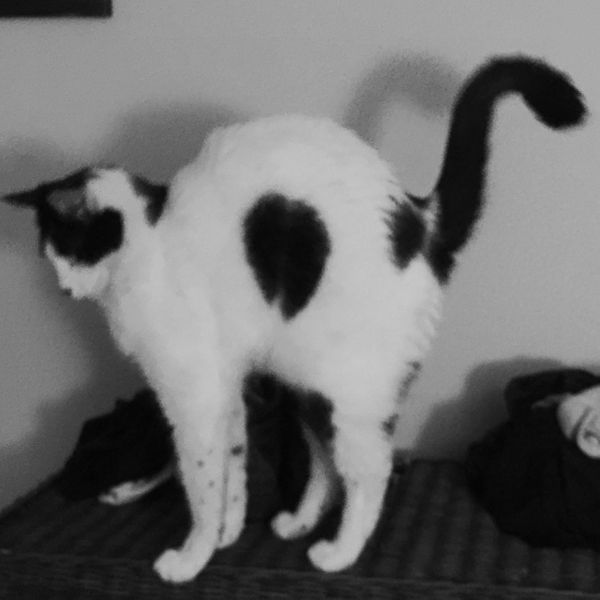 I went to bed late, because I’d gotten a long nap earlier, and half jubilant (texting with Nick) and half upset (watching riot videos), so I laid here jangled 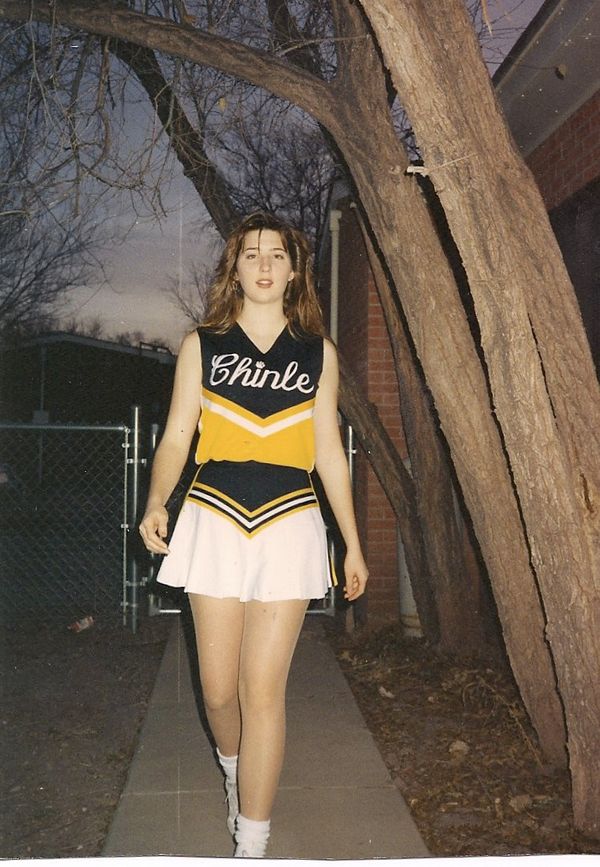 Well, I’ve been creating some kind of blog most everyday for about six months now.  It’s been a real treat for me; something I’m actively excited about