Nick and I had occasion to guffaw when we ran across a study proving that people love dogs more than other people.  We were amazed anyone had considered it questionable enough to run a study.  I remember thinking the same thing about the findings on therapeutic value of bedside music in clinical settings, back when I played classical guitar for patients at the hospital part-time, in college.  Everyone’s always known music helps sick people, as far as I’m aware, but programs like ours wouldn’t have experienced widespread adoption, and more importantly funding, had it not been for scientific corroboration.

I do remember a kerfuffle about people teaching kids creation rather than evolution, within the last several decades, but I don’t remember the phrase “science denier” being coined and widely brandished until just the last couple months, relative to the ‘rona.

Yesterday we reviewed the lowlights of Bill Bar’s congressional hearing.  It was like a roast but without the wit.  He was badgered to answer yes or no to the question of whether the Trump administration was going to address systemic racism in the police force or not.  His attempt at a nuanced answer — “To the degree that it ex—“  Was interrupted by a terse admonition to respond, yes or no.  (I would like to add that his interrogator said “pacifically” when she meant to say “specifically”, a personal pet peeve of mine.)

Anyway, it reminded me of the old trick question, “So when did you stop beating your wife?”, an intentionally misleading, blame-assigning question designed to be unanswerable.  We used to think that was pretty funny, in seventh grade, but it’s alarming that our national dialogue is being driven at that level.  This pressure to appease the mob never goes well, because it wouldn’t be a mob if it was willing or able to be appeased, so I’m glad that Bill Bar stuck to his guns in the fractions of seconds that were given, then retracted, for him to speak.

The whole thing made me realize that the recent popularity of the epithet ‘science denier’ has felt the same way — a challenge to validate one’s self by saying “no I’m not!” versus the insult and all its implications.  It’s literally, and crushingly mundanely, the exact mirror to what went on for centuries but relative to god, not science-as-god, and just as fallibly translated: heretic!  Unbeliever!  Heathen!  Pagan!

I wonder how many centuries we plan to spend on skimming along the surface of thought, of knowledge, of right-thinking, offering it lip service even as we kick it in the balls.  History endlessly repeating itself.  When Colin Kaepernick knelt, for the National Anthem, based on his own deep convictions which he felt superseded formulaic behavior, everyone lost their minds.  America is about freedom!  No, not that kind of freedom!

Now, NBA pro Jonathon Isaac refused to kneel for the Anthem, or to wear a Black Lives Matter shirt.  He stood, and wore his basketball jersey, based on his own deep convictions, which he feels supersede formulaic behavior.  Everyone is losing their minds.  America is about freedom!  No, not that kind of freedom!

Today, I’m a science denier for choosing not to wear a mask, except where it’s mandatory.  Four months ago I would have been a science denier for advocating the broad and chronic use of a mask, because at that time the CDC recommended we don’t, and said it’s harmful.  What happened to that data?  Doesn’t matter.

Three months ago, all it took for me not to be a racist was to, you know, actually not be a racist.  Today, unless I’m actively anti-racist AND decry systemic racism in the police force by definition AND acknowledge the ideological basis of our country to be, first and foremost, racist AND probably some more shit they’ve come up with about capitalism and, oh, let’s not forget, the fact that veganism is a white nationalist movement, plus who knows what else — unless I immediately and without objection or qualification huff *those* ideas like glue, spread them out on the floor like dolla dolla bills and roll in them, naked, luxuriating in their stinging, validating scratchiness all over my bad, bad body — if I don’t do all that, then I’m racist.  (FYI, watch this short clip where Candace Owens administers hard to swallow pills.  Thug life!!)

I haven’t been called very many names in my life, but every time I have, it’s been by an unreliable protagonist.  I’ve been in many situations where it’s like, ok, not really vibing with each other’s perspective here, but for one of us — me or the other person — to just come straight out and apply an accusatory label would be, in my opinion, energetically aggressive.  It could be warranted, but I’d have to know them pretty well and feel pretty strongly about their characteristics over time, and I’d probably have to be on my period as well, to align with that kind of energy.  So my point is, we certainly feel a haste to counter and deny any label that’s been applied — science denier, racist, white nationalist, greedy capitalist, police brutality apologist, xenophobe, transphobe, whatever — but just the fact that we’re in this position at all, faced with someone willing to step into energetic aggression on this level, who may not even know us very well, automatically shunts it into that other category for me: “when did you stop beating your wife”.  Character assassination that passes for discourse.  Gosh, I can’t count the number of times someone has discovered that I’m vegan and asked if I think that I’m better than them.  So many times that I’ve discovered the only possible response is, “Sure, I think I’m better than you”.

Or — oh, here’s a good one.  I was teaching freshman English at NAU, it was the beginning of the semester, I was just getting to know my students, asking how many of them were holding down jobs also, and what those jobs were.  One well-spoken girl had studied ballet all her life, and currently taught beginning ballet to toddlers, which I thought was just delightful.  Another girl interrupted my positive reaction to that, asserting that she worked at a tanning salon, and was I implying that the ballet girl was somehow better than her, because she worked at a tanning salon?  I was pretty flummoxed at this — I mean, it’s a sentiment and a level of energetic aggression that literally asserts itself by finding and claiming victimhood in what is realistically a neutral situation, same as someone saying “you think you’re better than me?” about my being vegan.  I’m sure she’s on the front lines in Portland right now, permanently blinding black cops by shining lasers into their eyes while chanting “Black Lives Matter!”  Anyway, I didn’t have the presence of mind at the time to offer any organized response, but if I could have a do over, I’d just say, “Yes, I think she’s better than you”.  You just can’t negotiate with energy terrorists.

It’s the easiest thing on earth to call someone a name, and then if they really are that thing, then calling them that name is unlikely to prompt them to reevaluate their priorities, and if they aren’t that thing, then chances are the name-caller is the more aggressive one of the two.  I feel like this is basic?  Name calling and character assassination has always run rampant in politics, but we’ve now stepped into a whole new level, nationally, where that’s actually the level at which we’re encouraged to think; more importantly, we’re discouraged from thinking outside of or beyond that level.

Wikipedia should update its examples of the Motte and Bailey fallacy by simply referencing BLM:

The less-defensible Bailey: defund the police!

The person responding: No, I don’t think that’s a good idea, or it could be a good idea in some ways but we’d have to have a nuanced discu—

The Motte: scurried back to when under threat because it’s fortified and highly defensible: Then you must not care about Black lives!!

Relative to the Bill Barr hearing, Nick was just amazed.  “Why would you bring someone in to interview and then refuse to let them talk?”  Same thing Don Lemon did, “interviewing” Terry Crews — asked a question, interrupted the answer, called him names, terminated the interview.    Same thing with this guy, harassing a bi-racial couple in a restaurant: “You couldn’t find no black woman?  You had to go that low, to the lowest rung of humanity?  If they even human?  It’s arguable that they even human.  Like, are you that weak?”  There’s no point debating anything that’s been improperly framed.

A lot of people are taking this time as an opportunity to bone up on their debate skills, which I think is almost pointless.  I’ve lost count of how many Facebook thread arguments I’ve seen now that are essentially Star Wars lightsaber fights involving escalating links to science-y articles; lengthy attempts to settle who, once and for all, is the real science denier.  This is not an occasion to rise to, debate-wise, it’s an occasion to check out of.  Like I’ve said before, I’m willing and able to have nuanced discussions about plant consciousness and plant pain, and my culpability in all that, but I’m only willing to have those discussions with other vegans.  Come at me with that shit as a meat eater?  Check please.

I’m personally nonreactive, at least outwardly, right now, to being assigned any of the hot-button labels: racist, science denier, x y z apologist, conspiracy theorist, “spreader” — that was a good one, back before asymptomatic spread of CV was debunked, except it didn’t stay debunked for long because Moloch hungry, Moloch need more oppressors — and I’d recommend we all get there and return, as always, to the wisdom of an internal compass.  You just can’t trust the normative baseline of any time — our time, pre-civil rights time, the repression of the 50’s, the “free love” of the 60’s, any time, ever, to replace the internal moral compass.  I don’t know how many times we have to re-learn that lesson.  I guess as many as it takes, because we haven’t even learned it once, yet.  Like the Ft. Leonard Wood drill sergeants counting our shitty reps — “One.  One.  One.  One.”  But hey — one correct pushup is better than ten shitty ones.  One act of mental integrity overpowers any number of acts of mental terrorism.  And there’s only one way to answer the question, “You think you’re better than me?”  Sure. Why not. 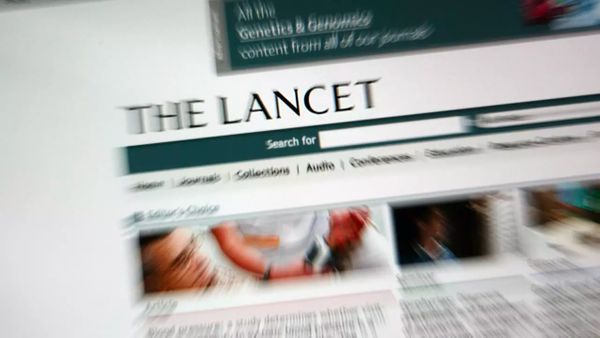 While disposable paper facemasks offer little protection, cloth masks may be worse than not wearing a mask at all. “We did a big trial comparing cloth masks with surgical masks... That study showed that your risk of infection actually increases if you use a cloth mask, which is quite concerning." 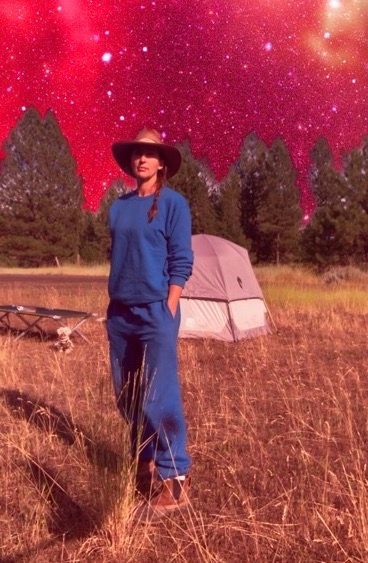 I can feel that I’m becoming more accustomed to chaotic events — not happening directly to me per se, but the whole process of hearing about them, seeing some media