Damn — it’s like every crazy thing my dad ever talked about is coming true.  I’m lucky to have such a tuned-in dad.  Again, like blog fan BoomerX mentioned, this is really about pattern recognition, and while on the one hand I’ve been frustrated with what my brother and I call the “DLLATM” response (this comes from HBO’s Westworld series, where the fully conscious robot populace of Westworld is programmed to literally not see evidence of modern-world anachronism, and even when it confronts them, they all just say, “Doesn’t look like anything to me”) offered by most everyone, everywhere, relative to each new installment of the totalitarian tip-toe (a phrase David Icke coined); on the other hand, I know that my parents’ attitude generally, and my dad’s interests specifically, have offered me the tremendous advantage of a template to at least hold up against these recent events, and their roots, in retrospect.

I represent, probably, a reasonably good canary in the coal mine — I’m fairly mainstream and skeptical compared to most “conspiracy theorists”, and fairly “out there” compared to most normies, and reasonably spiritually woo-woo compared to almost everyone.  Probably as good of a platform as any, for blogging and living life.

A Facebook friend of mine the other day posted that conspiracy theorists are a scourge, and that engaging in/disseminating these theories should be regarded as actual criminal activity.  Reminded me of when my cousin asserted having a pet dog should be outlawed because he was personally annoyed by dogs.  (He went on to date and now marry a gal with a fairly obnoxious dog, so not sure where he stands on that now.  I can say that I was not allowed to bring my small, well behaved dog, who basically just sleeps in laundry hampers all day, to the family gathering because No Dogs Allowed, and then she showed up with her large slavering dog, and I was like “oh for fuck’s sake”.)  I hesitated and then just scrolled past.  I did, however, amuse myself with these articles, detailing crazy conspiracy theories that turned out to be true.

I’m impressed, most of all I suppose, with the breathtaking lack of curiosity it must take to be anti-conspiracy-theory at this point in time, when no other explanation makes any goddamn sense.  For instance, the hundreds of emails on Hillary’s server really were about actual pizza and hot dogs?  The $15k Wayfair cabinets that looked identical but each had a different bizarre named corresponding to a different child who went missing in the last year really were, just, $15k cabinets with coincidental and bizarre names, whose SKU numbers really did just coincidentally bring up images of very young girls in not much clothing on Yandex?  The emerging hundreds and thousands of organized child trafficking arrests really are just functioning independently and unrelated to any larger pattern?  The roll out (lol) of COVID-19 really has just accidentally been characterized by the suppression of all voices of dissent, particularly physicians, and the censoring/“fact checking” of any media to the contrary, across all platforms, and everything from test kits to case counts to death counts to nursing home policies to ventilator protocols to parks closing but liquor stores, recreational pot, and Walmart staying open really has just been the best we could do, and if it wasn’t the best we could do, it’s Trump’s fault?  Etcetera and so forth.

As I noted in yesterday’s blog, in the early 2000’s, I never had an argument about Ayn Rand’s fiction with anyone who’d read any of her fiction, or any of her prose, period; only with people who hadn’t, and yet still wanted to tell me how to feel about it.  I’ve noticed the same tendency with meat eaters and vegan restaurants — they avoid them like the plague.  I don’t think meat eaters actually believe they can’t enjoy, or be adequately nourished by, one single meal without meat; I think what’s actually going on is that they instinctively know that, if they risk a positive meat-free dining experience on purpose, it might set off a domino chain reaction of thinking and feeling a bunch of stuff they’re determined not to think or feel about.  I think, or at least can only presume, that the dynamic going on for average Joes and Janes right now must be something like that: I’m seeing a thing, I’m seeing it debunked, I’m going to avoid it like the plague, for fear of its affecting me logically, except to scream at other people, “It’s debunked!”

Reminds me of something funny — Nick and I were shopping for a Mother’s Day gift for his mom at, like, the one store that was somehow open back in May, at Wrightsville Beach.  It was a surf shop, so I was like, “…do you think your mom wants a long board or a short board?  Or a skin tight neoprene suit?”  She wanted none of those things, lol.  We found a necklace and a cardigan, thankfully.  Anyway, we overheard the two clerks talking, and one was telling the other that on his last shift at the local hospital, as a med-tech, a drug overdose had been documented as a COVID death.

I posted a barebones transcript of what we overhead on my FB, and right away this guy goes, “That’s been debunked!  There was a study!”  Nick and I were laughing our asses off.  Oh, the conversation we just overheard has been debunked!  There was a study!  I think the real conspiracy theorists, at this point, are the ones who can continue to suspend disbelief, with white knuckles no doubt, despite this onslaught of increasingly ridiculous debunkenings.

I guess the financial re-set is observably on the horizon now, which I absolutely do not have the finance/economic smarts to intelligently discuss.  You know, the preppers and the Mormons have always stored up for an emergency, and I’ve never thought that a bad idea.  I mean, come on — how can you look at that and think it’s anything but smart, even if you have full confidence in the world and the grid.  Even if everything’s fine for fourteen days, I’m someone who actually might not want to leave the house for fourteen days.  That’s a real thing, for me.

My brother lives in Seattle, but is getting the fuck out as any reasonable person would, at this point.  The riots last night injured 21 police officers, at last count, and looks like about 40 arrests were made.  His (vegan) business was vandalized, several weeks ago — they scratched “BLM” into the plate glass window, because that will show those racist vegans!! — and the riots last night were in “solidarity” with Portland.  The funniest meme I saw all day, yesterday, was a suggestion that we trade the Hong Kong protestors, flying American flags, for the Portland rioters, flying the USSR communist flag, just straight across — everybody wins.  Anyway, it’s clear to me that civil unrest will continue right up to the election, even outside of an interruption of wifi and cell service or a financial reset — and I don’t know how we could not have a financial reset at this point, seems more of a “when” than an “if” — so regardless of anyone’s place on the conspiracy theorist to debunking theorist spectrum, I think a store of necessities for, like, a two week period is probably a good idea.

I’m not actually sure how to pull that off for us.  We’re by definition nomadic right now, mid-fire season, and pretty geared up as it is with just necessity-necessities, let alone financial reset necessities.  Granted, there is a lot of overlap.  And we’re always rolling around with a generator, a micro-apartment built into our trailer, and a huge transfer tank full of diesel, just as a matter of course.  It’s like musical chairs for us, where we might be when/if it occurred.  Maybe it won’t occur.  But I don’t see how it couldn’t.  Nick continues to get better and better with trading cryptos, and my dad continues to be on the leading edge of discovering interesting ways to diversify.  So, I think I’ll go on Amazon, order some Soylent, cross my fingers that I can rendezvous with wherever I have it shipped, and just go from there.  Nick and I are hungry people and we eat a lot.  It’s a major activity for us.  As he quips, “Imagine how strong we’d be if we ever stopped working out.”  We barbell daily, so we’re always just kind of hobbling around, creaky, achy, going from one snack to the next, and sleeping a bunch, so it’s a lot more like being geriatric than it is like being strong, in practical terms.

What are the news headlines today?  Just for fun; a little dabble in pattern recognition.  Let’s see: Wall Street Journal: “Coronavirus cases top 16 million globally, up a million in just a few days”.  USA Today: “Coronavirus: There really are mask deniers out there.  I had to spend a weekend with them.”  Fox News: “Phoenix police release body cam footage of woman firing at officers during arrest.”  NBC: “Racial injustice protests across the country lead to clashes with police, arrests.”  CNN: “Experts urge shutdown as Coronavirus deaths climb.”  A double whammy from MSNBC: “‘There are so many weapons’: NBC confirms gunfire incident at Louisville protests” AND “Yale historian: If you’re not protesting now, this would be a good time to start.”  I think fucking not!  CBS: “100 days to go: Biden leads Trump in Michigan.”  Good lord.  If I just woke up from a coma and read these headlines, they would do a great job of not giving me the slightest fucking idea of what’s actually going on.  I can’t believe I’ve lived to see the day Fox News is the least unreliable.

Oh, quick note: my blog cross-posts to a new blog consortium I’m proud to be involved in, at competinganalogies.com.  You’ll see a number of related posts of very high quality, and I think you’ll like it a lot. 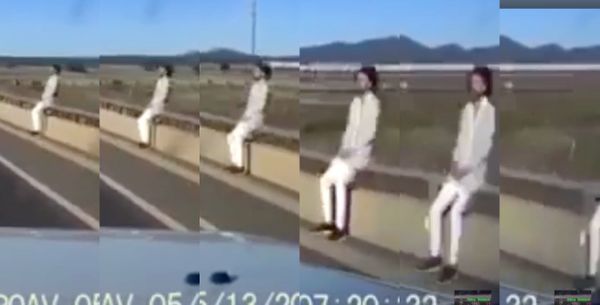 I'd seen clips from Isaac Kappy's videos before on Instagram QAnon channels but I didn't know who he was. I finally caught his name today and did some research. This 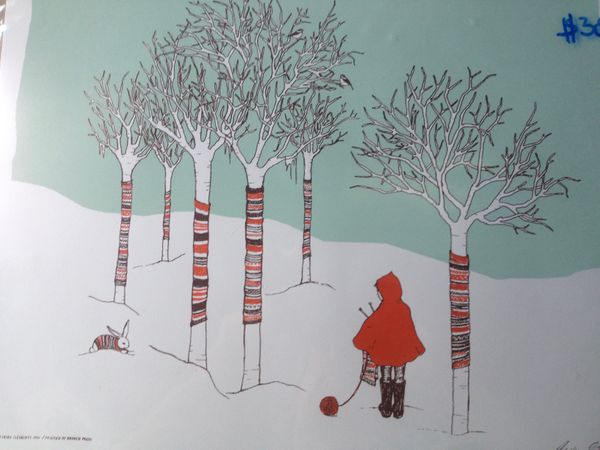 Yesterday on my Facebook I was challenged once again to justify all the “pro-Trump propaganda bullshit” I post.  If you’re a consistent reader, you’ll recall that the last